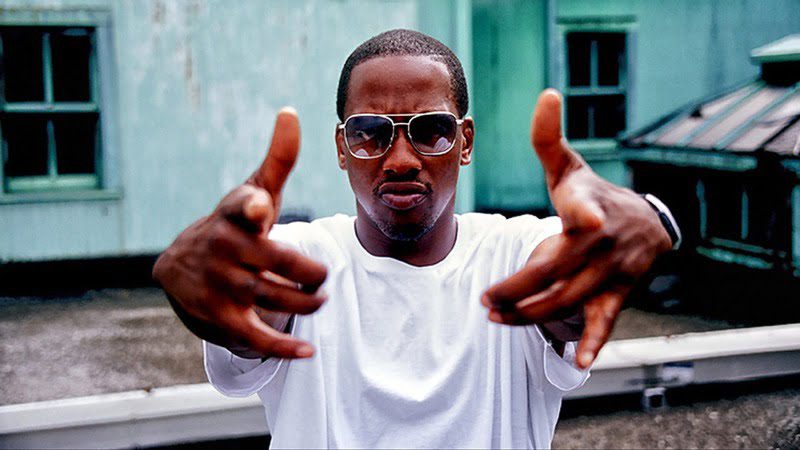 Yonkers, New York native Keith Murray is another golden era hip hop legend who doesn’t get his just due. His complex, unique rhyming style, combined with his timeless flow, makes him a hip-hop legend who definitely deserves his flowers.

Keith Murray’s rise in hip hop started with him going under a different name. Initially, he chose the name MC Do Damage, but he eventually decided to drop that name and use his name. 1993 saw the debut of Keith Murray when he was featured on Erick Sermon’s song “Hostile.” By 1994, Murray was signed to Jive records and released his debut album, The Most Beautifullest Thing in This World, featuring his single of the same name. The single hit number 50 on the Billboard 200 and number 3 on the Hot Rap Singles chart. This album also wound up being certified Gold by 1995.

He was also enjoying a lot of media attention at this time, being featured on an ad with Coca-Cola and being featured on songs like “Be Happy” with Mary J. Blidge, “Can’t You See” with Total, and the infamous “I Shot Ya” and “I Shot Ya” remix with LL Cool J. His collaboration with LL Cool J would find him in hot water with fellow rapper Tupac Shakur, who thought the song was a direct diss at him. Why would he think this? Because Tupac had just recently become the victim of an armed robbery at Quad Recording Studios, where he had been shot. Eventually, Tupac and Keith Murray came face-to-face to discuss the matter, where Murray clarified that the song was not about Tupac, and the two resolved the situation peacefully.

In addition to the drama with Tupac, Murray was also arrested in 1995 after being accused of hitting a man with a barstool during a fight. He was released on bail but sentenced to three years in jail for the crime. More on this later.

Now that the drama with Tupac was behind him, Murray could move on and release his second album, Enigma, in 1996. This album reached number 36 on the Billboard 200 and number 6 on the R&B charts.

Around this time was also the moment when Murray joined The Def Squad, alongside fellow rappers Redman and Erick Sermon. They released their collaboration album, El Niño, in 1998. This album included songs like “Full Cooperation” and “Countdown.” It proved to be another major success, reaching number 2 on the Billboard 200, number 1 on the Top US R&B/Hip Hop Albums chart, and becoming certified Gold the same year.

A Bump In The Road

After repeatedly proclaiming his innocence in the assault case against him, the rapper decided to turn himself in 1998 and sue for wrongful conviction. The suit was later settled, with Keith dropping the case in exchange for his sentence being reduced by three months.

His third album, It’s a Beautiful Thing, was released while Murray was incarcerated. Despite being in jail and the album not necessarily being done or approved by Murray, the album peaked at number 39 on the Billboard 200 and 9 on the Top R&B/Hip-Hop Albums chart in the United States.

Keith Murray Back Up Again

After being released in 2001, Murray was ready to return to work. By 2003, he signed with Def Jam and released his fourth album, He’s Keith Murray, which hit number 40 on the Top R&B/Hip-Hop Albums chart. He also became a playable character in the Def Jam Vendetta video game. Despite this, issues with the label caused Murray to be dropped from the label shortly after the release of his album. This led him to decide to move forward as an independent artist.

Rap-Murr-Phobia was released in 2007 and reached number 57 on the US Billboard 200 chart. 2008 saw two albums from the legend – Intellectual Violence and Puff Puff Pass.

His flow, especially in this song, makes me think of the other greats of his time – Busta Rhymes and Craig Mack. They had similar movements as they rapped. This is classic ‘90s music that you can always vibe to.

This song is smooth, but I loved how he bragged about his accomplishments! That bold confidence, combined with Tyrese’s smooth vocals – the perfect combination!

Where Is Keith Murray Now?

Keith Murray is still performing and doing his thing as the legendary MC he is. He has actually been performing all this year, and he still looks great!

Where To Find Keith Murray

WHAT’S UP WITH DAVID BANNER? FIND OUT HERE