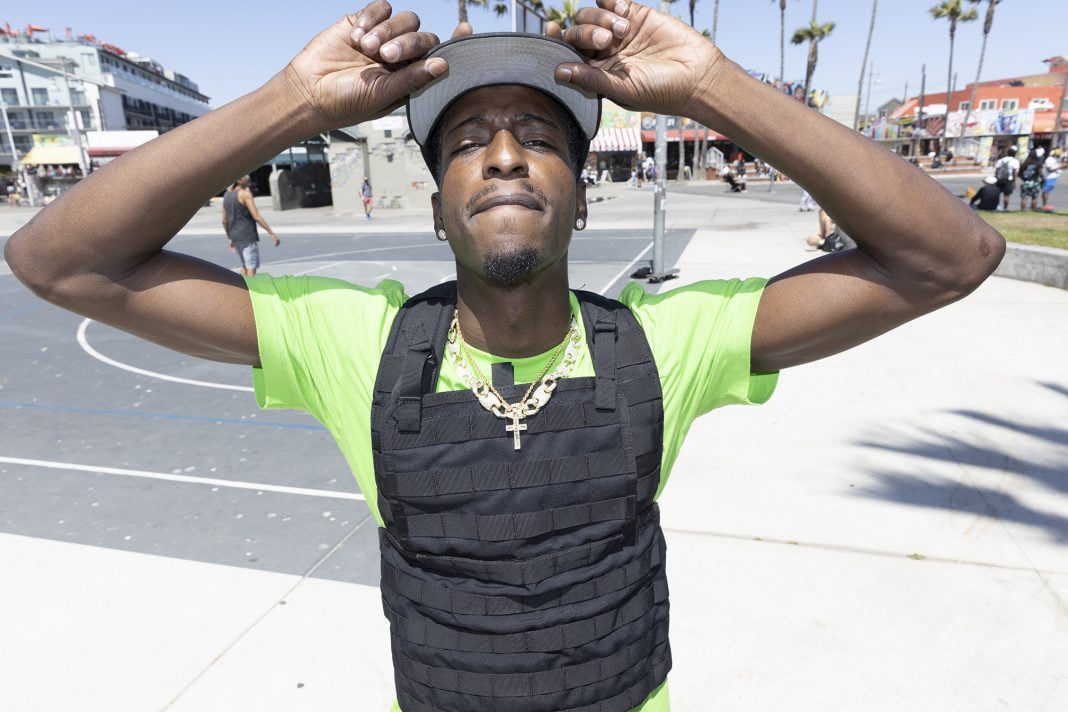 Tonight’s featured artist is Des on the Beat (sound familiar)? He is an Army kid turned Emcee. He spent eight years in Cali working on his music, but he calls Houston his home.

“I was in the third grade when my parents got me my first keyboard. I would imitate the beats and songs on the radio back then. I was always in show chior as a kid .. jazz band ..some of these things really helped me with the dynamics of making music. I eventually learned how to make beats.”

He is a talented Producer and got his first copy of FL Studio twenty years ago. He has since been honing his craft and as you can see by his INSTAGRAM, a lot of people are digging what he’s creating.

Des on the Beat | The Music

First, let’s listen to “RunUP”. This track is so catchy. I have had it stuck in my head for an hour now and I don’t even mind. It’s very modern and I don’t mind that either. I love the flow. The lyrics are good. It is a well thought out and produced track.

Then there’s “Pick Me Up”. This track reminds me of spoken word poetry. Kind of like a Kendrick track but at the same time, it’s not like something you have heard before. He is very creative and a super talented lyricist. Lyrical rappers are hard to find these days. Unless you’re on Nevernaire Blog that is 😉

Finally there is “WYGD”. Can I just say yes?! This beat speaks to my inner club kid. Right now she’s in her UFO’s, with her pacifier and tripping face off that good old Ecstasy. I did not expect this track and I love it. If these three tracks don’t peak your interest about Des on the Beat, go back and give them another listen and see for yourself, they’re pretty dope. Let us know what you think in the comments.

“My main goal is to inspire people and spread my creativity to the world. Music has enabled so many opportunities for me and so many for others. I hope that people can have fun with my music .. relate to it .. vibe out knowing that everything you’re listening to is straight out of my brain. “

He is a one of a kind sound and he is motivated. That’s an amazing combination. He can do anything with the right people backing him.

“Next year I have an album coming. This year was more about being creative and just letting people hear me be creative. Next year is the Boom”

Previous articleThe Most Beautifullest Thing: What’s Up With Keith Murray?
Next articleLove Like This: What’s New With Faith Evans