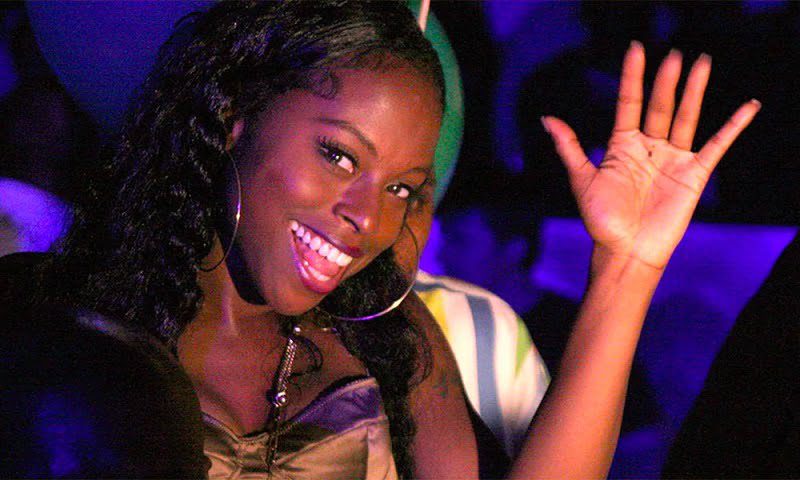 Brooklyn-born and bred rapper Foxy Brown rose to stardom in the 1990s and became one of the leading ladies of Hip-Hop. Despite battling a series of serious personal and legal issues and disappearing from the spotlight, the rapstress continues to still be considered one of the most remarkable female rappers to pick up the mic.

Born Inga DeCarlo Fung Marchand, Foxy’s rap ability was noticed at a young age. At 16, she entered a local talent competition and won. Trackmasters, a production team, so happened to be at this competition and invited the young lady to rap on LL Cool J’s song, “I Shot Ya (Remix).” Her performance was so impressive that she was invited to appear on more tracks with other artists, including “Touch Me Tease Me” by Case and “You’re Makin’ Me High” by Toni Braxton. Her skills quickly became in high demand, causing her to be the subject of an intense bidding war between several labels. Ultimately, she decided to sign with Def Jam Records.

Fun Fact: Foxy Brown’s name is derived from Pam Grier’s character, Foxy Brown, from the blaxploitation films of the 1970s.

Foxy’s debut album, Ill Na Na, was released and featured heavy-hitters like Jay-Z, Method Man, and Blackstreet. The album was a success, debuting at number 7 on the Billboard 200 chart, selling over 120,000 copies the first week of release, and producing two hit singles, “I’ll Be” and “Get Me Home.” After this release, the rapper joined the supergroup The Firm with Nas, AZ, and Cormega(later replaced by rapper Nature) and released Nas, Foxy Brown, AZ, and Nature Present The Firm: The Album. This album charted at number 1 on the Billboard 200 chart.

In 1999, Chyna Doll was released. This album hit number one on the Billboard chart, becoming the second female rap album to accomplish this. This album went on to become her second certified platinum body of work after Ill Na Na. Although her career was making significant strides at this time, her personal life was struggling. She ended her engagement to her then-fiance, fellow rapper Kurupt, and decided to enter a drug rehabilitation center in 2000.

Foxy came up swinging with Broken Silence in 2001, which eventually went gold. This album featured songs like “Na Na Be Like” and “Oh Yeah.” Also, in 2001, Foxy released The Neptunes-produced “Blow My Whistle,” featuring Hikaru Utada for the Rush Hour 2 soundtrack.

When 2002 came around, Brown was still releasing music. She was preparing for the completion of her project, Ill Na Na 2: The Fever when issues with her label started to come up. After disagreements with the then president of Def Jame, Lyor Cohen, she stated that promotions had been canceled for the album. She then decided to leave Def Jam in 2003. She would make her return the following year upon Jay-Z becoming CEO and president of the label, where she began working on a new project, Black Roses.

Black Roses was well on its way to completion when Foxy Brown suddenly found herself suffering from hearing loss due to a viral infection. This bout went on for about six months before she was able to have surgery to save her hearing. The surgery was a success, but the album’s release date continued to be pushed back, with the planned release date eventually being canceled, and Foxy left Def Jam for a second and final time. That’s when she started her own label, Black Rose Entertainment, distributed by Koch Records. Under this label, Brooklyn’s Don Diva was set to be released.

After several delays and Foxy being sentenced to a year in Rikers Island for violating probation after fighting manicurists, skipping required anger management classes, and not getting permission before traveling out of the city, Brooklyn’s Don Diva was finally released in 2008. This album reached number 5 on the Top R&B/Hip-Hop Albums chart, number 8 on the Independent Albums Chart, and number 83 on the Billboard 200 chart.

Foxy remained relatively quiet until 2012, when she released “Massacre,” a continuation of the rap beef she’d had with fellow MC Lil’ Kim since the ’90s. Also, in 2012, she was a special guest on Nicki Minaj’s Pink Friday Tour during her New York City stop. Rumors of a collaboration would swirl around, but nothing came to fruition until 2009 when she was featured on Nicki’s song, “Coco Chanel” from her album Queen.

This song immediately caught my attention. The island vibe is heavy with Foxy’s Trinidadian flair combined with Jamaican Baby Cham. The song is hypnotic, with Foxy’s hardcore style and the lightness of Baby Cham’s voice. Great record!

This song really shows Foxy’s ability to ride a beat. Dripping with classic 90’s flavor, the song shows the brilliance of the collaboration between Foxy and Jay-Z. They were really a dynamic duo.

Where Is Foxy Brown Now?

Foxy has remained out of the spotlight for the most part since the early 2000s, only making a few special appearances here and there. After working with Nicki Minaj in 2009, she went on to give birth to a daughter named in C’Yani in 2018 and release a remix of Casanova’s “So Brooklyn” in 2019. In 2020, Foxy Brown reunited with The Firm to create “Full Circle,” a song featured on Nas’ Grammy-awarded album, King’s Disease.

It’s rumored that Foxy Brown is actually working on some new material – hopefully, we’ll get to hear some new music from her soon!

Where To Find Her