Hip Hop lost one of its trailblazers on November 6, 2022, when Hurricane G passed away after battling lung cancer.

Born in Brooklyn as Gloria Rodríguez, she shot to stardom in the 1990s after being featured on Redman’s song “Tonight’s da Night” in 1992.

She went on to become the first female member of Hit Squad and worked with some of our favorite golden era hip hop artists – Xzibit, Keith Murray, P Diddy, Cocoa Brovaz, and more. 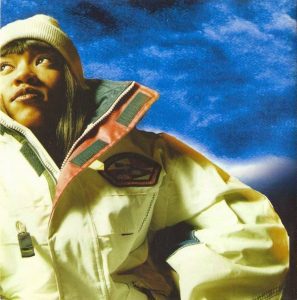 Her debut album, All Woman, was released in 1997. The album’s lead single “Somebody Else,” reached number 10 on the Hot Rap Singles chart. She also released an album with Thirstin Howl III called Mami & Papi in 2013

Rapper Erick Sermon honored her with his tribute on Instagram:

My heart is hardened today. One of my good friends…. my oldest daughter mother passed away today #HURRICANE GLORIA was also a legend in her own right in the Hiphop community. One of the first puerto rican female rappers She rapped with me. @redmangilla she paved the way

@keithmurray @diddy she was in all the Hiphop magazines with all the top females at the time.. #stretchandbobito loved a song that she did called “MILKY” She will be missed all around the world. I can’t believe this. Pray for us. Beautiful blessings. She was a beautiful person a wonderful mother as real as they come. We love u G🙏🏾🙏🏾🙏🏾🙏🏾🙏🏾❤️❤️❤️❤️❤️❤️❤️❤️❤️

She is survived by a daughter, Lexus.

WHAT’S UP WITH ADINA HOWARD? CLICK HERE TO FIND OUT!

Previous articleWhat’s Kid-N-Play Been Up To?
Next article5am Zeri and the Pivotal Moment