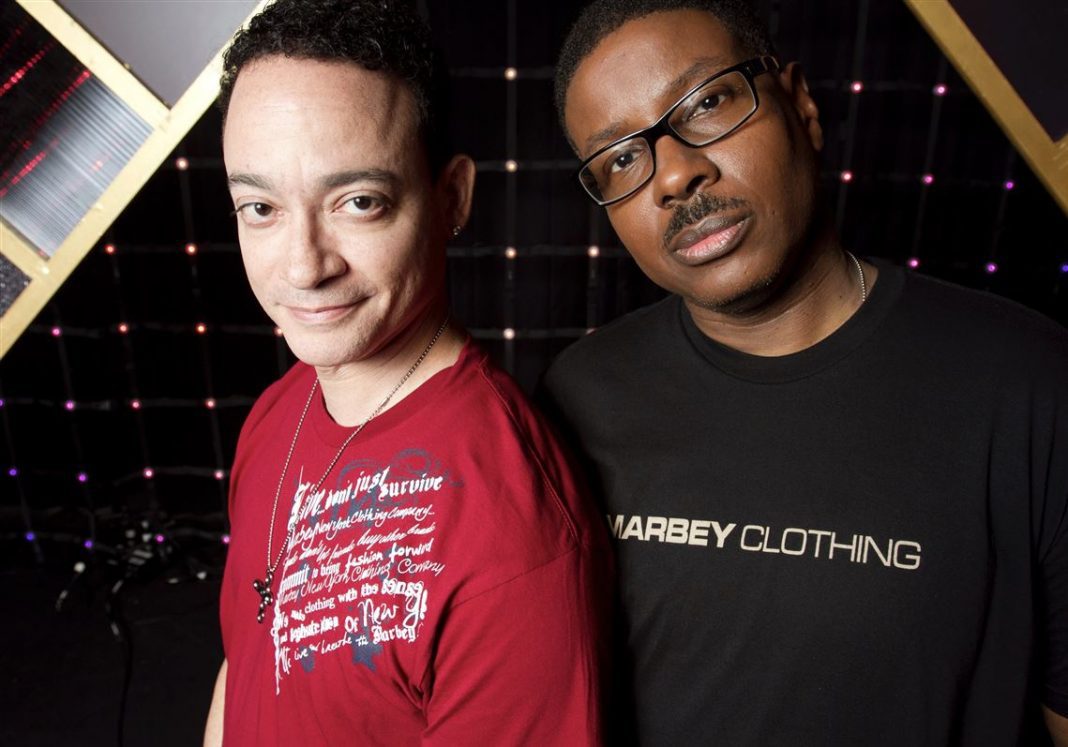 New York-born and bred duo Kid ‘n Play is easily one of the most well-known and recognizable symbols of the Golden Era of Hip Hop. Their unique style, fresh moves, and positive vibes sent them to places they would never have imagined. That’s even more reason that they deserve their flowers.

From Foes To Friends

The group (Christopher Reid, “Kid,” and Christopher Martin, “Play”) we know and love today actually started out in separate groups. While in high school, they were in rival Hip hop groups – The Turnout Brothers and The Super Lovers. However, after meeting one another, they decided to join forces as a duo and become The Fresh Force Crew. By 1986, the group was working with Sultra Records, where they recorded their songs “She’s a Skeezer,” “All Hail the Drum,” and “Rock Me.” That next year, the duo decided to change their name and officially become Kid ‘n Play.

The Hip hop duo, now with a new label, Select Records, hit the ground running in 1988 with their first album 2 Hype. The album was successful, reaching number 9 on the Top R&B/Hip-Hop Albums and being certified Gold. This album included singles like “Rollin’ with Kid ‘n Play” and “Do This My Way,” which featured their signature dance, the Kid n’ Play Kickstep!

Their second album, Kid ‘n Play’s Funhouse, was released in 1990 and peaked at number 11 on the Top R&B/Hip-Hop Albums and was also certified Gold. This album had songs like “Funhouse” and “Back to Basics.”

1990 also saw the duo star in the movie House Party, which became a huge success, leading to an entire series of movies. They also got their own Saturday morning cartoon on NBC, called Kid ‘n Play in 1990.

Their third and final album, Face the Nation, was released in 1991. This album peaked at number 27 on the R&B/Hip-Hop Albums Charts. The album included songs such as “Ain’t Gonna Hurt Nobody” and “Next Question.”

Unfortunately, 1991 saw the end of their cartoon, but it did see the second installment in the House Party series, House Party 2.

In 1992, Kid ‘n Play starred in the movie Class Act. They also had a comic book based on their cartoon this year. The comic lasted for nine issues.

Between 2009 and 2010, the hip-hop group appeared together on the BET Hip Hop Awards, The Mo’Nique Show, and Lopez Tonight.

By 2012, the group was back performing together, appearing with Salt-N-Pepa at a concert. Fast-forward to 2021, they were on the Insane Clown Posse’s Gathering of the Juggalos Festival.

This song is a catchy, fun-loving song. It’s not too soft, but not too hard. It’s just a fun, feel-good song that makes you wanna dance! Random thought: is it just me, or did the beginning almost sound similar to “Crazy In Love” by Beyonce? Let me know in the comments!

Another fun one! They kept the formula simple – no frills or anything crazy – just a good time! I’m here for it!

Where Is Kid ‘n Play Now?

Kid ‘n Play continues to perform and give 80’s and 90’s babies all the feels!

At the end of the day, they are working together to keep the legacy of hip-hop alive!

Where To Find Kid ‘n Play