What is Xzibit up to now? 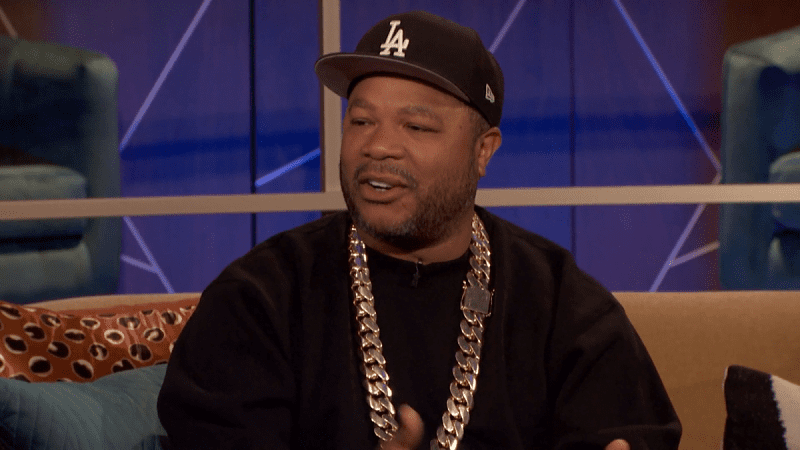 Alvin Joiner, better known as Xzibit, is known as one of the vets of the Golden age

However, Xzibit and work goes much further than rap. He continues to secure his legacy as a force in the industry through the diversification of his art through additional mediums like radio and
television.

Xzibit’s career began when he was just 14 years old, first appearing on The Alkaholiks’ song
“Hit and Run” in 1995, where his name was initially “Exhibit A.” His skills earned him another
spot on King Tee’s song “Free Style Ghetto.” After these projects, the young rapper signed with
Loud Records and released his debut body of work, At the Speed of Life. He spent the next two
years building up his name in the underground scene on the West Coast and came out with 40
Dayz & 40 Nightz in 1998, which contained singles like “What U See Is What U Get.”

His hard work allowed him to connect with heavyweights Dr. Dre and Snoop Dogg. Together
they crafted songs that would end up on Snoop Dogg’s No Limit Top Dogg and Dr. Dre’s 2001,
both released in 1999. 199 would also prove to be a pivotal year for Xzibit for another reason –
he made his acting debut in the ‘99 film, The Breaks.

Xzibit showed no signs of slowing down as he entered the 2000s. He found himself continuing
his work with fellow artists Dr. Dre and Snoop Dogg, as well as Eminem, Nate Dog, and more.
The year 2000 saw the release of his third album, Restless, which became a certified platinum
album and included songs like “X.” Still riding high on the success of this album, Xzibit took the
opportunity to perform on the Up in Smoke Tour alongside Ice Cube, Eminem, Dr. Dre, Snoop
Dogg, and more. He also starred in the film Tha Eastsidaz in 2000.

Xzibit kept it coming in the following years, when he became a playable character in the video game Madden NFL 2001, starred in The Wash, The Slim Shady Show, and 8 Mile, and even Xzibit:
Restless Xposed, a concert film about the recording of Restless. The acting jobs kept coming, and
he found himself starring in more movies and television shows. However, he didn’t let it stop him
from releasing his third album in 2002, Man vs. Machine, which eventually went gold. He also
starred in the film, The Country Bears in 2002. Despite the success of this album, he did not feel as if Dr. Dre promoted and backed the album enough, forcing him to make the decision to part ways with him.

Then came the job that many people still remember him for to this day: Pimp My Ride! The rapper
acted as the host of the show, where people would come in with their cars in hopes that the show’s team come to restore and upgrade the cars. Classic MTV!

Although Pimp My Ride was a success, he was still working in the studio. In 2004, he released
his fifth album, Weapons of Mass Destruction, with Columbia Records. Although this album also
went gold, he felt that the album was not promoted enough. This resulted in him making the
decision to go independent. During this time, he also starred in Full Clip, guest starred in CSI:
Miami, released another concert documentary, and hosted the 2004 MTV Europe Music
Awards.

By 2007, things began to slow down for the rapper. Pimp My Ride ended in 2007, and he didn’t
release any new albums at this time. He also found himself in financial trouble. Although he
continued to star in films and video games, he wound up having to file for bankruptcy in 2009
and 2010. He planned to release his seventh album, MMX in 2010, but label problems caused
his album to be pushed back.

Despite these setbacks, he didn’t stay down for long.
In 2011, he released a compilation album entitled Urban Ammo 2, fully produced, performed,
and composed by Xzibit. This album was created for general consumers but also for music
professionals to use for shows and movies they were working on – smart move!

In 2021, his work, Napalm, was released. He followed this up with a global tour called the
Collateral Damage tour. He also continued his acting career, appearing in shows like Hawaii
Five-0 and more. In 2013, he joined forces with rapper Demrick and B-Real to release an album
as the group, Serial Killers. He also reunited with Dr. Dre to be featured on the song “Loose
Cannons” on his album Compton. Then in 2016, he played Shyne on the hit show Empire.

When you think of classic 2000s hip hop, you should think of songs like “Get Your Walk On.” It’s
a feel-good song that just makes you wanna vibe! You can’t help but feel just little bit more
gangsta after listening to this song!

“Paparazzi” is a song that I think is severely underrated. It’s not a song I hear people talk about
much, but many people love to bring it up when they mention classic Xzibit. I’ll admit, this is one
of my favorites from him too. It’s raw, rugged, and real – everything that Xzibit exudes.

Where is Xzibit now?

Xzibit continues to be a great actor and musician – as a matter of fact, his album King Maker is
slated to come out this year!
He continues to solidify his legacy as a rap and cultural phenomenon. Despite obstacles and
setbacks that plagued him in the past, he came back better than ever and shows no signs of
sitting down on the sidelines anytime soon.

CHECK OUT THE NEW NEVERNAIRE PODCAST “CRYSTAL ON THE BEAT” HERE featuring celeb interviews and music from up and coming Indie artists.

Also, check out what’s up with Kool Keith in his Nevernaire interview HERE