NoFame – The commands of our depression 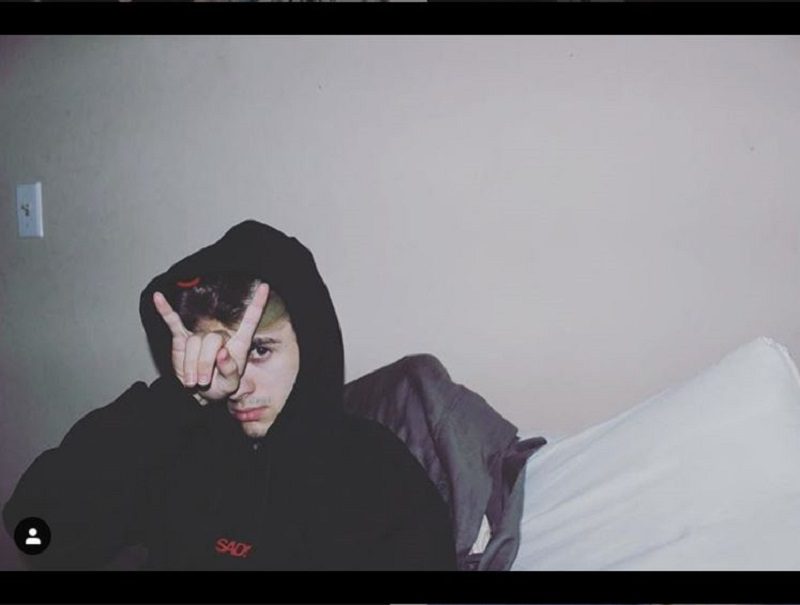 Tonight’s featured artist is NoFame out of Marietta, GA. He is an Emcee and Producer and has his own at home studio where he creates all of his own tracks.

I tried something new and decided to feature NoFame’s video for his track “Parasite” on the blog. Then, I told him to promote the shit out of it and let’s see how it does. He got over five hundred views on that video within two hours!

Needless to say, the guy’s promo game is on point! So, we decided to do an Artist profile and an episode on Crystallized Beats podcast.

Being a big XXXtentacion fan, just like me, he says that if he had his choice of any artist that he could have collaborated with, it would have been him.

He is a Violinist and plays the Ukelele. An artist and true musician with the ability to produce tracks with a deft ear as well as play instruments.

His music style is inspired by many genres and outside elements like Anime. He’s into more than just Hip hop. He likes a lot of Punk, Rock and metal as well.

The track “Parasite” is so melodic and beautiful. With sad, thoughtful lyrics and the perfect instrumental. His vocal style is very addictive. I have listened to “Parasite” many times today.

Then, there is “Life Hurts”. This is an unfinished track on his SoundCloud. This song bought up all kinds of feelings. He’s so poetic. I am a sucker for a good lyricist.

So, check him out. He’s an upcoming artist to watch for sure. I believe that his music can appeal to many people and that if he gets the exposure, he could blow up.

He’s young and has his whole life ahead of him to get that notoriety. I don’t doubt that he will do it. I hope that he has a good support group and stays away from life’s vices and temptations. It seems to me that he is the kind of artist that we lose to bad habits in this life. He’s sensitive and poetic, slightly awkward but brilliant.

I see a lot of my younger self in him and I didn’t make the right choices. When all my friends came to a dead stop to avoid the cliff, I leapt.

Check out the Podcast at https://www.crystallizedbeats.com