Xxxtentacion – The Words of an Angel 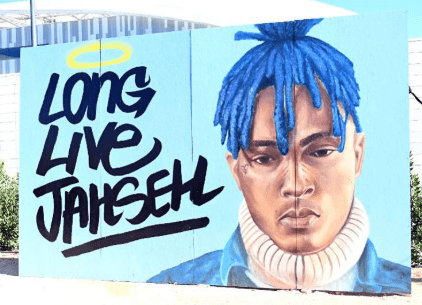 This is the story of Xxxtentacion. Many of you that read this story will see me as a coward. You will see me as a failure and perhaps you are right. I have struggled with these same thoughts for quite some time. You will ask yourselves, “How can this happen? If a Guardian can fail, are any of us ever in safe hands?” . I am afraid that you will come away from this with far more questions than answers, as I do not have the answers.

I was supposed to get my wings. This was my first big project. Protect this person. Be there when you are supposed to be there and make the wrong things right, and you will get your reward. The date was January 23, 1998 when my assignment began. I wanted to protect this boy, for he was special. I don’t know why, I was just to do as I was told.

I doted on young Jahseh as though he were my own. I followed him closely everywhere that he would go. Jahseh was a very bright child. Creative and sweet. He was a special boy, that was for sure. When he was about four years old, I began to appear to Jahseh, in the moonlight. We would play and , I would teach him things about the world. Building his culture and his love of music. To his parents, I was known as “Dizzy”, his imaginary friend.

Jahseh never quite fit in at school, or outside of school for that matter. He was gifted and therefore he was different. He saw himself differently as well. Jahseh knew that he was not like the other kids. He was sensitive to the world around him. He wrote a lot. Beautiful words. He observed life and he described what he saw.

Unfortunately, peer pressure had him doing things that he shouldn’t have been doing. Things that he would rather not do, but he had to fit in. As he got older, he needed me more and more. He started getting into trouble. I was always there for him. Keeping him safe.
I watched happily as he began to seriously pursue his music career. His lyrics were so different from the other rappers his age. He wasn’t putting out trap music with lyrics that made little sense over killer beats. Also was making music and it was poetic. Sad and sweet over unique, interesting beats. Just thinking about those lyrics, those heart wrenching lyrics, knowing what I know now – the tears make it hard to finish writing this story. Life is tragic and life is cruel and he saw that. And what he saw, he shared with us.

One day in June, 2018 – I was pulled aside by my leader. I was given the saddest, most horrific news that I have ever received. Jahseh had started to come up. He was gaining popularity at a rapid pace due to his unique outlook and music. People were beginning to realize just how special this man was and his message was becoming apparent, even to him. Because of this, the Guardians had decided that Jahseh was to be sacrificed for the greater good.

He was going to walk into a situation and I was instructed to let it happen naturally and not interfere. I fought this, I swear that I fought this – Jahseh was important! I fought it all day. And I was out numbered. I was out ruled. I can give you a hundred excuses. In the end the result is the same, I failed. 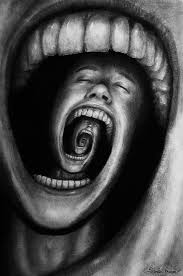 On June 18, 2018 Jahseh (now known as XXXtentacion) decided that he wanted a new motorcycle. This is a fucking decision that any twenty year old should be able to rightfully make. This was his RIGHT! As a human being, but also as a hard working man! He should have been able to walk into that dealership and leave with a motorcycle. Feeling the wind beating against the face plate of his new helmet. His girl on the back of the bike. At this point, already a couple of months pregnant with Jahseh’s child. That’s how this should have gone down.

Jahseh never made it out of that dealership lot alive. It pains me so to tell you that I watched, my hands nearly tied in red tape. ) watched as he walked out of the dealership to his car to get money. I watched as the men walked up to him, guns drawn. I saw the look of pure joy on his face turn to terror and then rage. I just watched as these men shot my friend. My special friend that I had been charged with protecting for twenty years.

I watched the life drain in dark red, almost black ribbons, out of his body. As he fell to the ground, the look of realization and then acceptance on his face. Never to write again, to observe and describe the world in the way that only he could. Never to see his child, or the success of his last album. Everything, taken away. Over money…. Over motherfucking money.

You’ve heard my story. Please don’t let this death have been in vain. Don’t let my suffering, the suffering and loss of his loved ones be in vain. This senseless violence. I must have hope that people will read this story and they will realize that a life is worth so much more than anything that money can buy. With a heavy heart and teary eyes, I beg of you – value life. Value your life and the life of others.

FOR MORE FICTIONAL STORIES CHECK OUT THIS STORY HERE ABOUT BREAKDANCING