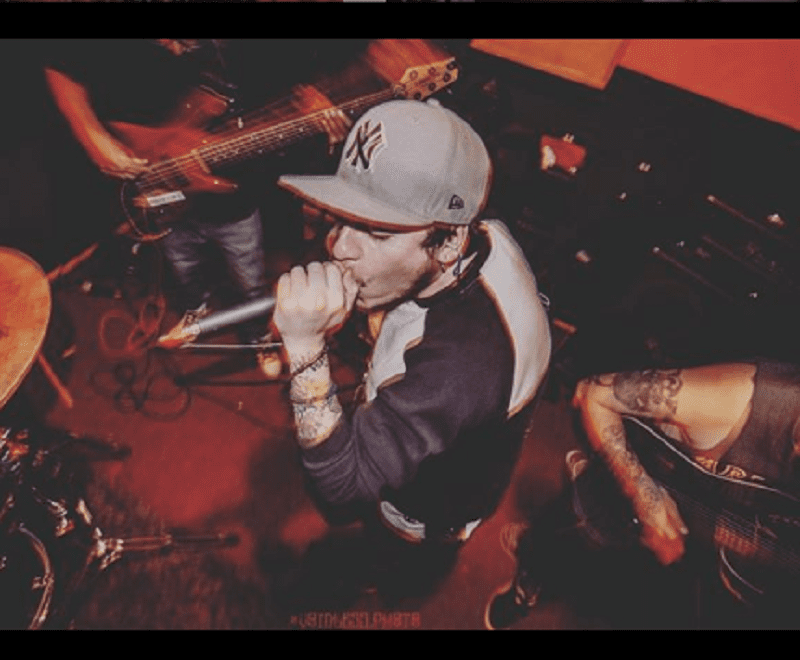 It’s Hardcore Feature Friday and tonight’s band does NOT disappoint! They are Si Vis Pacem from Santiago de Chile. I have been trying to get in touch with this band for a couple of weeks about featuring them on the blog and they finally got back to me – and I’m psyched!

It’s not that I don’t like English speaking Hardcore bands… I just haven’t come across one more bad ass than the now three Spanish Hardcore bands that I have featured. Although, Degradations is a pretty fucking kick ass band!

AMERICAN HARDCORE BANDS – DM ME YOUR LINKS TO BE CONSIDERED FOR A FEATURE!

The band is made up of:
Philip a.k.a Hostile ronin – Vocals
Danilo on bass
Isaac on guitar
Rodrigo a.k.a Erre on drums

The band was formed in Winter of 2019, so it is VERY new, but they play together so well. That’s because they have all been playing together for a while in other bands and they basically formed a SUPER band.

They are influenced by bands like Gojira, Sepultura, Lamb of god, Spite and Whitechapel. I love that and it makes a lot of sense that I’ve been seeking them out, because I love Sepultura and Lamb of God.

Erre has taken the lead, writing most of the music. The way they do it is that he writes the drums and the others follow suit and make something that sounds amazing with what he has composed. As for the strings, Danilo mostly composes those pieces and Philip usually writes the lyrics.

Si Vis Pacem are fucking HARDCORE! As always, Philip’s vocals are ridiculously good. Gutteral and broad ranged. The music itself is so chaotic. The soundtrack to a manic episode! The bassist – Danilo – is so motherfucking sick! You can clearly hear him take the lead over the other instruments and that is mad talent in a Hardcore band. We’re not talking Primus here where the bass is meant to be front and center.

Once again, because of Coronavirus, another band has been put on the sidelines as far as performing is concerned. So, I would like to suggest Instagram live shows and Twitch as venues to get the music out there to your raving fans. Of which you must have many and if not you’re surely going to!

They just released the single “Parabellum” and they will be releasing another single “Res non verba” (facts not words) in April. With their first official music video coming out in June. Tonight I will be featuring “Parabellum” on the Crystallized Beats Podcast! So, you definitely want to check that out.