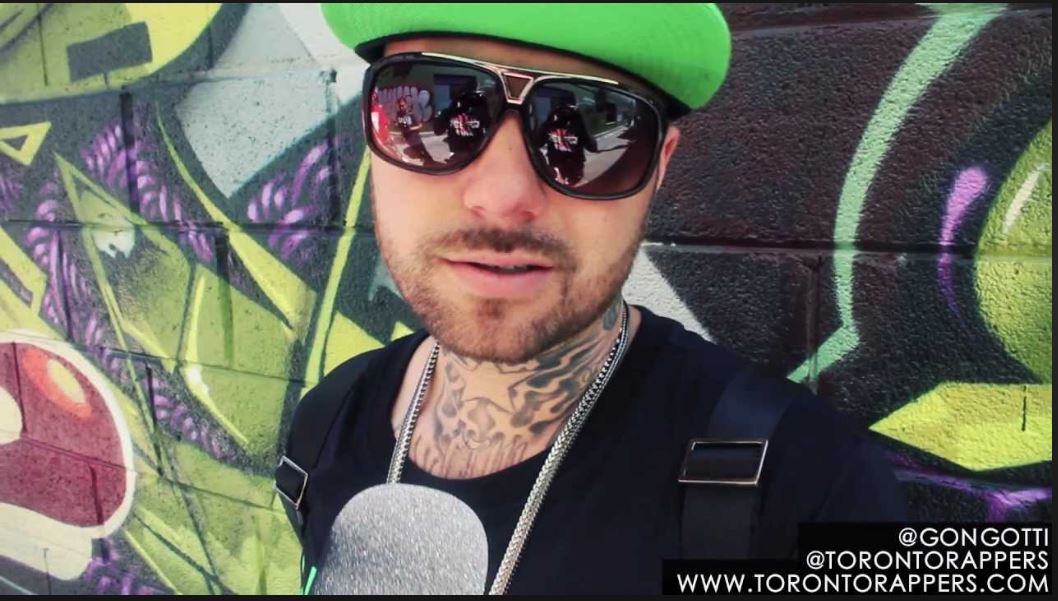 BIG BIG news for Nevernaire tonight! Our featured artist? Gon Gotti!
Am I fangirling a bit? Yes… I am. And rightfully so! I spent yesterday listening to “When shit goes down” by Gon Gotti. Then, I got to interview him today.

Gon Gotti was born in Toronto, but he developed a love of the dirty South at an early age. As a young teen, he moved to Fort Myers, Florida to get into the culture and the game. Coming up in Fort Myers was tough. Fort Myers rappers don’t get the respect they deserve. Even in comparison to the respect that other rappers from Florida get. You can read more about the unwelcoming atmosphere here for rappers in my article “Florida – where rappers go to get arrested”

A few years later, he got into some trouble in Dade County and he was sent back to Canada. Since his arrest, things seem to have just gone up and up for Gon Gotti. A serial entrepreneur, he just started his own clothing line Kush Clothing.

He has performed all over Canada and Fort Myers, but this Summer he will make some real big moves to Europe where he will be performing in Amsterdam! Also, his new album Murder Suicide (Produced by Mikey in da cut) drops on Valentine’s Day (how poignant) February 14, 2020.

When Gon Gotti was coming up in Fort Myers, Plies was just starting to make a name for himself and he was a big influence on him. He was also big into TI (and still is) actually having seen TI perform at a mall in Florida.

These days he is mostly listening to Travis Scott, Kevin Gates, TI, Jeezy and Gucci Mane. Which I think is pretty awesome because those are some of my favorite rappers too. I’ve been listening to the Travis Scott station on Amazon music for weeks.

I don’t think I have to tell you to check out Murder Suicide on February 14, 2020. But, I’ll remind you anyway. And you should definitely check out these links and like, share, follow. Spread the good word!

Previous articleLighthou5e | The Texture of the Music… it Feels Good
Next articleFerb Russell -Bombshells Tavern!