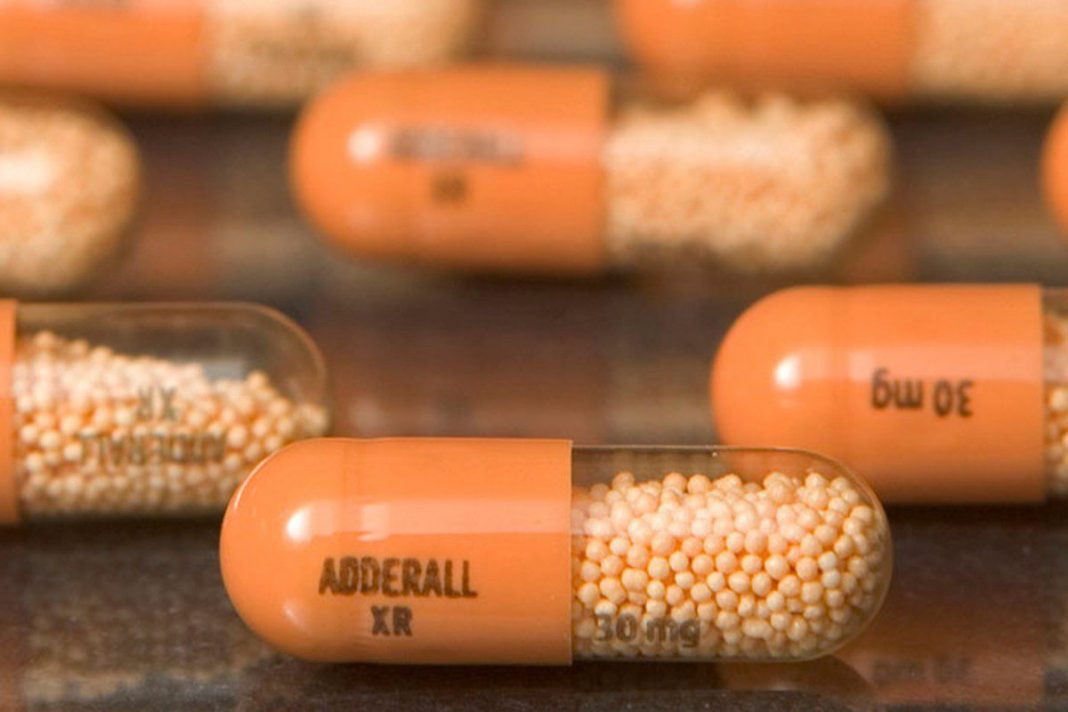 Adderall is a hell of a drug. It’s had me in a Kung-Fu, vice grip for over five years and I know that it controls my life. I started this tell-all about this tragic love affair in the first article “The Adderall Chronicles“

And yet, here I am. I am still in the same place that I was then. Only I am worse off than I was then. Because I have been addicted to this medication for longer now.

I am prescribed Adderall because of a couple of things: first of all, I need it to focus. But, I didn’t need it back in the day. When I first got started on this shitty journey, I was prescribed Adderall to get my ass out of bed. Because, frankly, I am morbidly depressed. I have been for almost a decade.

I was in a place in my life where I wouldn’t get out of bed. I didn’t care about work, or other people – I just did not give a fuck. And now, without Adderall, that’s where I would find myself again.

About seven years ago, my Doctor had the brilliant idea to prescribe me Adderall to get my ass out of bed. And guess what? It works wonders. Until I don’t have the shit! Then, my life falls apart.

I was supposed to pick up one of my prescriptions on the 17th of April. I went to pick it up and the Pharmacist told me that it was too early and that i had to wait until the 23rd to get it. Luckily, I had enough to squeeze by, but just BARELY.

On the 23rd, I called the pharmacy to make sure that it was going to be ready and the Pharmacist told me he “isn’t comfortable” filling my Adderall script anymore. Now, I take a reasonable dose – and I take it like I’m supposed to… so what the fuck? Right?

So, I called my Dr’s office. This was Thursday morning. I had already run out the day before, so you better believe I was on that shit – no half steppin. Unfortunately, my Dr’s office is run by a bunch of morons. I’m sorry, but if you knew, you’d know.

The Dr’s office tells me that my Doctor is refusing to send in a refill to another pharmacy because I already have the refill at the previous pharmacy with the Pharmacist with a heart of gold. Right? Ok, so I ask what I am supposed to do and they tell me I am not getting another script.

I hang up and momentarily consider driving to the pharmacy to ring said Pharmacist’s neck. Then, i call the Dr’s office back and tell them that they can’t just decide on a whim that i am going to go off Adderall cold turkey after being on it for so long, and that if they don’t fix this issue, I am going to call an Attorney. Not a Florida, half assed attorney, a Massachusetts Attorney. No fucking around. And I tell them that they have fifteen minutes to call me back.

What do you know? They call me back in five and tell me the Doctor has faxed in an electronic script to a new pharmacy. So, I get ready to go to that Pharmacy and I get a phone call that they are out of stock and they will not have any until Monday. Now, I’m REALLY pissed. Because, in this state, pharmacies will not tell you if they have Adderall in stock over the phone unless you’re a healthcare provider.

So, I now have TWO useless scripts and I’m getting sicker and sicker and I’m starting to panic. I call the Dr’s office yet again and tell them what is going on, but I know there is no way that these people are going to help me. It’s already like 4:30 pm at this point. I’m like alright this is going to be a really bad night.

I go to bed. The restless legs begin. Then the sweating, along with being freezing cold. Now, I have been sick from withdrawals from all sorts of hard drugs. Does Adderall compare? Physically, no… it doesn’t. But, mentally, going through withdrawal from Adderall is hell. Because your brain doesn’t work right. You can’t explain what you’re going through and it gets worse and worse to the point that you can’t help yourself.

WHAT HAVE WE LEARNED ABOUT ADDERALL?

I woke up bright and early this morning and called the Dr’s office again. Let’s cut this Doctor shit short and say that it took me until 4pm to get my fucking Adderall today and they put me through HELL to get it. Not just a phone call and here ya go. I had to pick up a paper script and drive all over SWFL to find a pharmacy that had them in stock. And i was in no shape to be driving…

It is time to get off the Adderall right? But, I’m scared. I’m scared that I won’t be able to function without it. I mean, three days without it and I’m a puddle in my bed with my brain slowly leaking out of my ear. How the hell am I ever going to get off of it?

WHY AM I TELLING YOU THIS?

I’m telling YOU this because I want people to know that Adderall is no fucking joke. Yes, it’s great. It helps me focus and frankly, I probably get a lot more done than most people. But there is a dark side to this drug. And it’s ugly and it’s hard. My body is mercilessly addicted to Adderall.

Then, there is this gem of a question… If I have been on Adderall (even a very small dose) for all these years, can I really say that I’m sober? That’s something that I fight with all the time. Yes, it’s prescribed and yes, I take it like I’m supposed to… That doesn’t mean a whole lot though does it? My body is still addicted to a substance that I can’t live without.

At the same time though, I am prescribed several medications for my Bipolar Disorder and I can’t live without those either. Just for different reasons. If i were to go off my Lamictal cold turkey, there would be Hell to pay. But, it’s non-narcotic. So, you tell me… because I just don’t know anymore.

I do know that i need to get off of Adderall. When is this going to happen? I don’t know. If I stay living in Florida, it might happen a lot sooner than I am ready for though, I know that.

If you are suffering from drug dependency, please seek professional help. As someone that has done it, I know how fucking hard it is to get off drugs. And I know that it’s nearly impossible to do on your own.

If you’re suffering or you’re sadly, watching someone suffer from drug dependency, get help.
Go to the SAMHSA website, there is so much information there about getting the help that you need and getting clean doesn’t always mean starting over. Just starting a new. Fresh.

Help is there, you just need to ask. Just tell someone.

Previous articleLife on Adderall | What happens when you run out early?
Next articleThe awakening | Life after Adderall