Tsu Surf | The killer freestyler and MC out of Jersey 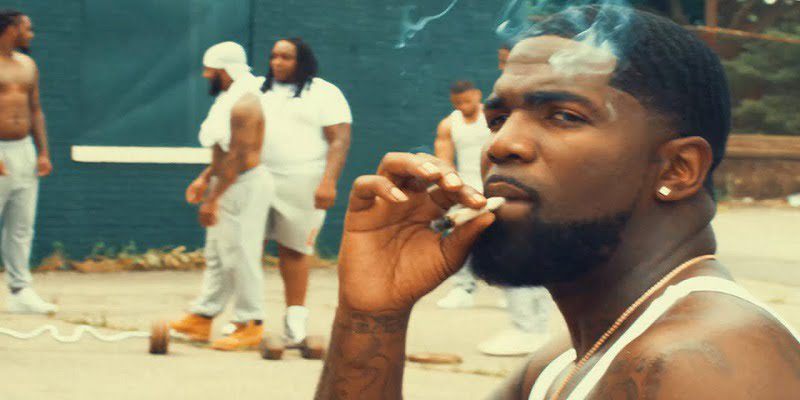 As I sit on my couch, I watch in awe as Tsu Surf drops a nine minute freestyle on Bars on I95. I am chilling with a friend, listening to music on YouTube, and my friend puts on the I95 video.

I’m not sure how long my jaw was open, it had to have been a good three minutes by the time I realized that my jaw was on the floor. I was awe struck. This man’s freestyle was some heavy stuff, and I felt every word. It was so poetic and soulful and real.

It was Spring of 2019. (I was admittedly, a little late to find out about Tsu Surf, that video was released in June of 2018.) Once I did though, I was sure to introduce him to everyone I knew. I showed that video to at least ten people. And most of them had the same reaction that I did.

Tsu Surf is a Jersey native. He is an insanely good battle rapper and his freestyles are killer as well. In July 2018, he was shot five times in Newark, NJ and was hospitalized in critical condition.
He has been incarcerated a few times and he raps about it often. His music is about his life. And his life is fascinating. The man has an incredible way with words and if you haven’t heard of him, I suggest that you check him out.

First, I started listening to Garden Grillz, the album that he dropped in 2015. I was definitely hooked on Tsu Surf. He was what I listened to the majority of the time, for a few months.

Then in June I found out that Tsu Surf had a book being released in July and I was thrilled. If the man could grip me in his lyrical fists with a freestyle, imagine what he could do with pen and paper! So, I preordered my copy, and I waited.

What would be excellent? If this book was available in an Audible version and Tsu Surf narrated. I think that would be a pretty cool experience. Someone should suggest it. I don’t think my tweets are making much of an impression.

After Garden Grillz, I started listening to Seven 25. I played a lot of his other stuff but those are the two albums that I listened to the most. My favorite track on Seven 25 is number 5 “Reflections” FT. Beenie Sigel. I highly recommend checking this video out!

So check out Tsu Surf.
You can find him HERE on Soundcloud
And HERE on YouTube
Trust, this is a rapper that you do not want to miss!

CHECK OUT THIS YO GOTTI FREESTYLE ON HOT 97

Previous articleThe Right Way to Submit Your Music to Blogs
Next articleNow check out Hyperion, a Titan and Hip hop prodigy exploding onto the scene