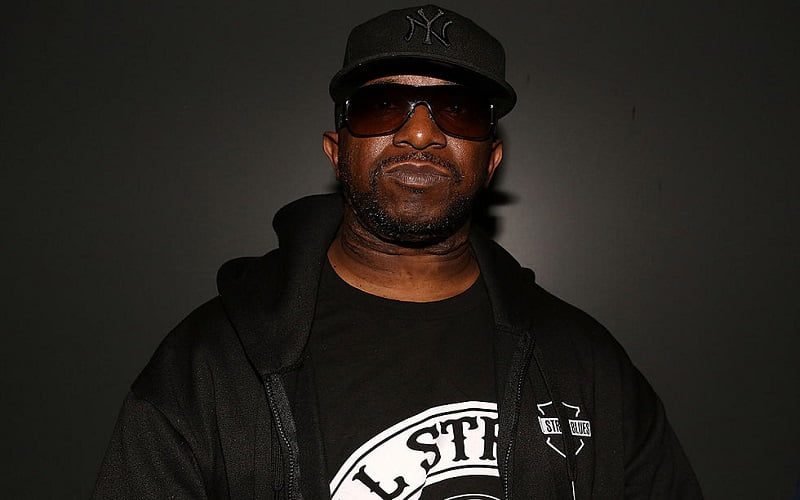 Nathaniel Thomas Wilson, better known as Kool G Rap, is a rapper who was born and bred in New York. His style has proven to be influential to many modern iconic rappers, and he is considered one of the pioneers of Gangsta Rap.

Kool G Rap’s career started out with DJ Polo when they became the duo Kool G Rap & DJ Polo after meeting one another through Eric B. The two musicians connected with DJ Marley Marl and producer Mr. Magic to record a demo, ironically called “It’s a Demo.” The duo impressed DJ Marley Marl so much after the studio session that he invited them to become members of The Juice Crew, a hip-hop collective of New York artists. This crew contained MCs like Biz Markie, Roxanne Shante, and Big Daddy Kane, to name a few – heavy hitters!

By 1995, Kool G Rap made the decision to break from the rap duo and do his own thing. He came out swinging with his album 4, 5, 6. This album hit number 24 on the US Billboard 200 chart and is one of his most successful works to date. He followed this up with Roots of Evil in 1998. His next album, The Giancana Story, suffered major delays but wound up being released in 2002. Its single, “My Life,” reached number 6 on the US Billboard Hot 100 Rap singles charts.

The next year, the rapper released Click of Respect, a joint album with his group 5 Family Click.

Kool G Rap wouldn’t release another project until 2007, Half A Klip, and an LP, Riches, Royalty, Respect, in 2011. He also went on to release two more joint albums – the first in 2013 with Necro called Once Upon a Crime, and the second in 2018 with rapper 38 Spesh called Son of G Rap. He also managed to find time to release a solo album, Return of the Don, in 2017 – right in between his two joint albums!

“It’s A Shame” is one of those songs that, in my opinion, was ahead of its time. This song was released in ‘95, but if you didn’t know that, it could easily sound like a more modern song. His flow is effortless and something that not many other rappers, if any, were doing at that time. You can easily hear who he influenced through this song.

*Just FYI – this one is explicit.*

“On the Rise Again” was interesting to me because this song features Haylie Duff, sister of Disney star Hillary Duff. Odd combo, huh? However, the two opposites make it work on this track. It’s a sad yet hard and gritty song, which her vocals line up perfectly with. Very interesting piece. I’m not mad at it at all.

Where is Kool G Rap now?

Kool G Rap continues to make music, but he has also moved into other forms of creative expression, including screenwriting. In a 2020 interview, he stated that the screenplays would be based on some of the themes in his album – sounds like a must-watch to me!

Kool G Rap has managed to be one of those rappers who have been able to pivot and stand the test of time. His desire to push himself creatively and be authentically who he is has solidified him as one of the greats of Hip Hop, and we can’t wait to see what he does next.

WANT TO KNOW WHAT’S UP WITH EPMD? CHECK OUT THIS LINK