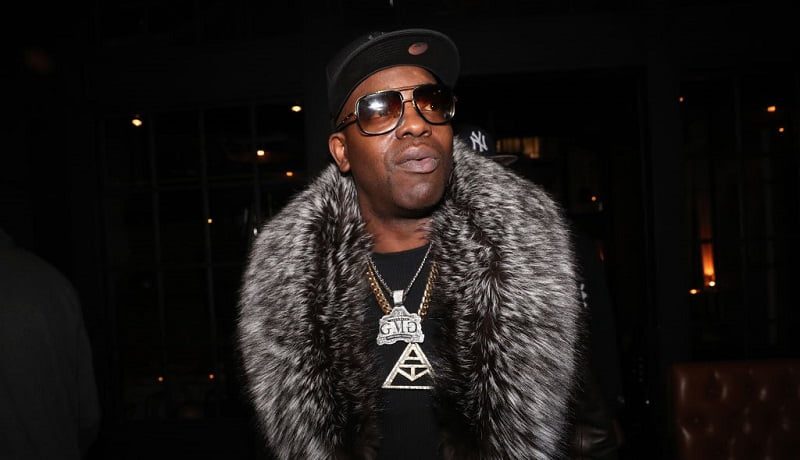 Brooklyn, New York-born rapper Leonard Grant, also known as Uncle Murda, UM, Uncle M, or Murda, has stood with the best of them – Funkmaster Flex, Busta Rhymes, Raekwon, and more. Uncle Murda’s fearlessness in his music has always made him stand out as a contender in the hip-hop genre.

Uncle Murda was raised in the Pink Houses Projects in Brooklyn, New York. We can assume that his experiences growing up in these projects, including being involved in his first shootout at the age of 14, helped to shape his craft.

In 2005, he released his first mixtape, Murder Capitol This mixtape included songs like “Hustler’s Ambition,” “Ambitions of A Rider,” and “Hey Girl.” He followed that up with two mixtapesin 2006 – Say Uncle: 2 Hard for Hip-Hop and Respect the Shooter.

Uncle Murda’s hard work and skills wound up getting him an introduction to fellow New York native Jay-Z in 2007. It didn’t take long for Jay-Z to notice Uncle Murda’s talent and sign him to Roc-A-Fella Records. That same year he was featured on the song “Brooklyn,” alongside Fabolous and Jay-Z on Fab’s album From Nothin’ to Somethin’. He also released his fourth mixtape, Murda Muzik this same year.

Unfortunately, Uncle Murda’s relationship with Roc-A-Fella Records came to an end the next year, according to HotNewHipHop. It is unclear whether or not he signed to another label or went independent after that, but this did not stop him from releasing music. 2008 saw four mixtapes from Uncle Murda – Hard to Kill, Back on My Bullshit, Rudy King, and Murda Muzik 2: Return of the Bad Guy.

In the midst of these mixtapes, Uncle Murda was shot in the head while sitting in a parked car in New York. Thankfully he was not seriously injured, but he left the hospital after 24 hours and refused to cooperate with the police on the details of the shooting. As a result, no charges were ever filed and the shooter was never formally identified.

That next year, he released Summer Time Shootouts. In 2012, the rapper signed to Epic Records. The next year he released two more mixtapes, The First 48 and Murda Muzik 3. Then in 2014, Ain’t Nothin’ Sweet, his twevlth mixtape.

Uncle Murda wasn’t just rapping – he was telling us a story! He took us on a quick tour through his life to where he is now. It makes you really respect his journey.

It’s clear Uncle Murda has not lost an ounce of his flow and swag. He’s effortless on the beat and you can tell he’s talking about some real stuff that he’s lived. Que Banz held his own and made this song come together perfectly.

Where Is Uncle Murda Now?

Uncle Murda is OUTSIDE! He’s still steadily releasing music and collaborating with both legendary hip hop artists and up and coming stars in the game. As a matter of fact, he released his sixteenth mixtape, Don’t Come Outside, Vol.3. And this year he came out with his first two albums, Love Don’t Live Here and The Lenny Grant Story.

There’s no doubt that Uncle Murda is still a force to be reckoned with and he’s still going strong.

Like this interview? Have more info on what’s going on with Uncle Murda? Let us know in the comments!

Where To Find Uncle Murda

CHECK OUT THIS INTERVIEW WITH KOOL KEITH!