What’s been up with Rah Digga? Find out now 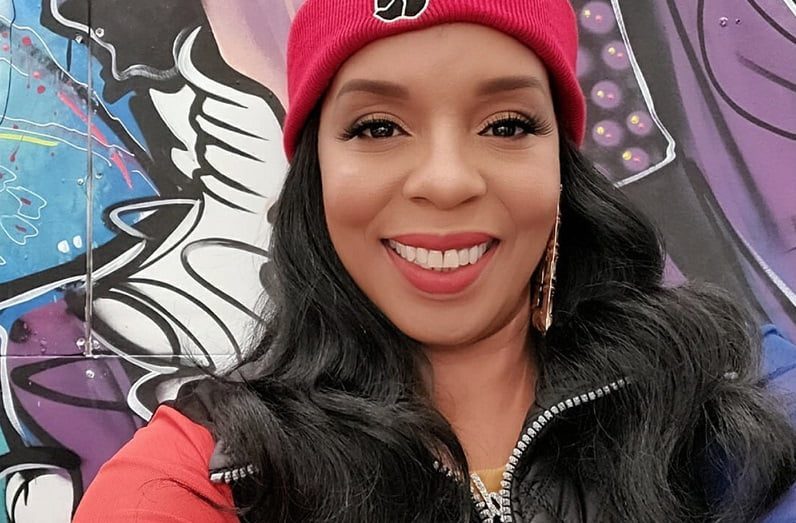 Rashia Fisher, also known as Rah Digga, is one of those female MCs who, in my opinion, doesn’t get enough credit. Born in Newark, New Jersey, Rah’s skills and rhymes took her to places she may have never thought possible and helped her pave the way for future female MCs to come.

Rah Digga started taking an interest in rapping at a very young age, starting at just 9 years old. However, in an interview with DJ Vlad she admitted that she didn’t really start taking it seriously until the age of 11, being inspired by the phenomenon of Roxanne Shante.

Despite her passion for music, Rah Digga continued on with her education. She graduated from high school as the salutatorian of her class and went to the New Jersey Institute of Technology to study engineering. Although she earned a full scholarship to M.I.T., she decided to take this opportunity to pursue her music career.

Rah started with Flavor Unit, where she became part of a rap group called Twice The Flavor. The group worked together to create music and send out demos, leading the group to be signed by Das EFX. She eventually parted ways with Das EFX and join Outsidaz, a New Jersey hip hop collective, including members such as Young Zee, D.U., Slang Ton, and eventually Eminem.

Fun Fact: Rah Digga’s initial stage name was “Rah Diggity!” After parting ways with Das EFX, she changed her name to what we know it as now.

The Outsidaz wound up being featured on “Cowboy,” a track on the Fugees album The Score. This led to her being spotted by rapper Q-Tip, who helped her get signed by Elektra Records.

Fun Fact: Most people would assume that artists who sign their deals and get a signing bonus or advance would spend it on cars, clothes, or anything of the like. According to an interview, Rah Digga was smart and actually invested in stocks and real estate – she’s still being paid of these investments to this day!

Q-Tip and Rah continued working together, but creatively things were kind of strained. Q-Tip connected Rah with Busta Rhymes in hopes that their vibes and energies would work together better creatively, and he definitely hit the nail on the head! Flipmode Squad released their album, The Imperial, in 1998, which peaked at number 15 on the US Billboard 200 Chart, number 3 on the US Top R&B/Hip-Hop Albums Chart, and number 85 on the UK Albums Chart. This album included tracks like “To My People,” Everybody On The Line Outside,” and “Cha Cha Cha.”

In 2000, Rah Digga released her debut solo album, Dirty Harriet. The album made it to number 18 on the Billboard 200 albums chart and 3 on the Top R&B/Hip-Hop Albums chart. This album included songs like “Tight,” “Imperial,” and “What They Call Me.”

The 2000s marked the start of Rah Digga’s acting career. In 2000, Rah made her acting debut in Da Hip Hop Witch. In 2001, she starred in the film, Thirteen Ghosts, where she also sang the track “Mirror Mirror” for the movie’s soundtrack. 2001 also landed her in MTV’s Carmen: A Hip Hopera.

Rulership Movement was the title of Flipmode Squad’s second album, and it was supposed to be released in 2003; However, because of label changes, the album was never released.

Rah Digga went on to sign with J Records, where she prepared to release her second album, Everything Is A Story, in 2004. However, many of the songs from the album had been leaked online, and the album was ultimately shelved. She would release her own version of the album in 2010, naming the album Classic.

“Tight” by Rah Digga is just a good song, simple enough. I’m a fan of Rah Digga’s flow and edgy delivery. This video helps me understand even more why she and Busta Rhymes vibed so well musically.

Rah’s song “We Made It” shows that she hasn’t lost any of her talents whatsoever! She’s able to keep her classic flow with a new sound that’s perfect to ride around to.

Where Is Rah Digga Now?

Rah Digga hasn’t gone anywhere – she’s still out here working! She’s now an independent artist and has been actively releasing music. She also was announced as a cast member of the Mars Roberge film, Stars. In addition to her work on screen and behind the mic, you can catch her on Yanadameen Godcast, a podcast she hosts alongside rapper Lord Jamar and comedian Godfrey.

Don’t even begin to think about counting Rah Digga out! She’s still out here creating music and breaking barriers for females in hip hop!

Where To Find Her

CHECK OUT THIS ARTICLE ABOUT ADINA HOWARD

Previous articleThe Best Rap Songs of all Time Mix
Next articleWhat’s the Onyx up to now?