What’s the Onyx up to now? 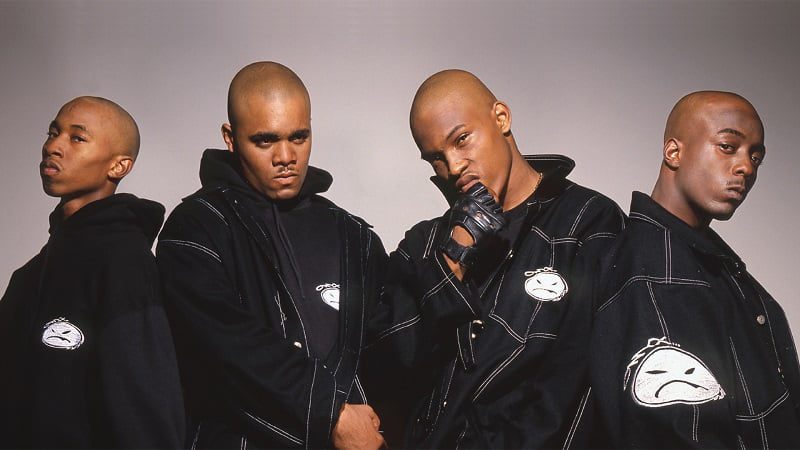 Onyx is a hip-hop group that is New York through and through. Despite being a hip-hop group, they mixed in their own unique style and created something totally different in the golden era. This uniqueness is what helped them stand out as a dynamic golden era hip hop group that should not be left out of the conversation.

The original members of Onyx – comprised of Fredro Starr, Sonny Seeza, and Big DS –  did not have to search very far or hard to find one another – they were actually classmates! The group got together in 1988 and immediately started creating music to pursue their dream. By 1989, the group found a manager in Jeffrey Harris, who managed to help them get signed to Profile Records.

When 1990 rolled around, the group released their first single, Ah, And We Do It Like This; unfortunately, this single did not get as much traction as they would have wanted. That next year, the crew would find themselves in a random situation that would change their lives forever.

Fun Fact: Onyx took their name from the onyx stone!

While sitting in a traffic jam at The Jones Beach GreekFest Festival, the group had a chance encounter with Jam Master Jay, DJ of the group Run DMC. This encounter led Jam Master Jay to agree to allow the group to submit a demo to his record label – but they had two months to do so. When it came down to the deadline, members Sonny Seeza and Big DS weren’t able to get to the studio to record. The group’s manager decided to call Fredro Starr and ask him to get to the studio and bring his cousin, Kirk Jones, to record the demos. Thankfully the demos wound up working, with Jam Master Jay signing them to his label, Jam Master Jay Records. Along with the group signing, they gained Kirk as a member, who joined as Sticky Fingaz.

Just when things seemed to be looking up for the group, tragedy struck. Their longtime producer, B-Wiz, was killed, and the band lost all of their records. Nonetheless, they decided to pick themselves up, brush themselves off, and keep it pushing.

1993 marked the release of Onyx’s debut album, Bacdafucup. Songs on this album included “Slam,” “Shiftee,” and “Throw Ya Gunz.” This album wound up going platinum and peaked at #10 on the Billboard 200. This album was also chosen in 1998 as one of The Source’s “100 Best Albums.” Their song “Slam” also went on to be certified platinum and reached #4 on the Billboard Hot 100 charts. Not to mention that it brought the concept of slam dancing to the world of hip hop.

In 1994, the group underwent another change – member BIG DS decided to leave the group to pursue a solo career and produce music under his own record label. Despite this change, Onyx went on to release their second album, All We Got Iz Us, in 1995. This same year, the group formed their own record label, Armee Records. Also, in 1995, a comic book based on the band was released by Marvel Music, an imprint of Marvel Comics. The comic was called “Onyx: Fight!”

1998 saw the release of the group’s third album, Shut ‘Em Down, which featured artists like DMX, Wu-Tang Clan, Big Pun, and more. This album hit #10 on the Billboard 200, and three songs from the album also charted – “React,” “The Worst,” and “Shut ‘Em Down.”

Fast-forward to 2001, and Onyx was now signed to Koch Records. This is where they would release album number 4 – Bacdafucup Part II. Album number 5, Triggernometry, came about in 2003. Unfortunately, this year brought another tragedy to the group – former member Big DS passed away at the age of 31 after battling lymphatic cancer. Then in  2009, member Sonny Seeza decided to leave the group to start a solo career of his own.

Still, the group carried on. In 2014, their sixth album, Wakedafucup, was released. This album featured artists such as Papoose, ASAP Ferg, and Reks, to name a few. This album was named one of the best hip-hop albums of 2014 by XXL Magazine. The next year, Against All Authorities, an EP, was released by the group in protest of police brutality and racial injustice.

This song has a classic 90’s feel but could easily be played on the radio right now. The group’s rough and rugged sound really helps bring the message of this song across.

First, I have to say it – these dudes look great! They have aged well! But, back to the music – this song proves that the group still has it, no doubt about it. They have been able to adjust their sound but balance it in a way that allows them to remain true to who they are as a group. It’s a beautiful thing to see and hear.

Where Is Onyx Now?

Onyx is still out here! In 2021, the group released album 9, Onyx 4 Life. This year, the group has released albums 10, 1993, and 11, Onyx Versus Everybody. Not to mention that they were recently featured on Verzuz, going against Cypress Hill.

It’s clear this group has no plans of slowing down anytime soon, and I’m totally here for it!

Where To Find Onyx

FIND OUT WHAT’S UP WITH DAS EFX

Previous articleWhat’s been up with Rah Digga? Find out now
Next articleRahzel – Chamber Mob Music

Check out this dope track FlipMode Squad VS Def Squad

Check out Crystal on the Beat! The new series produced by Nevernaire