Tough Junkie Will Melt Your Face so Get Back Now! 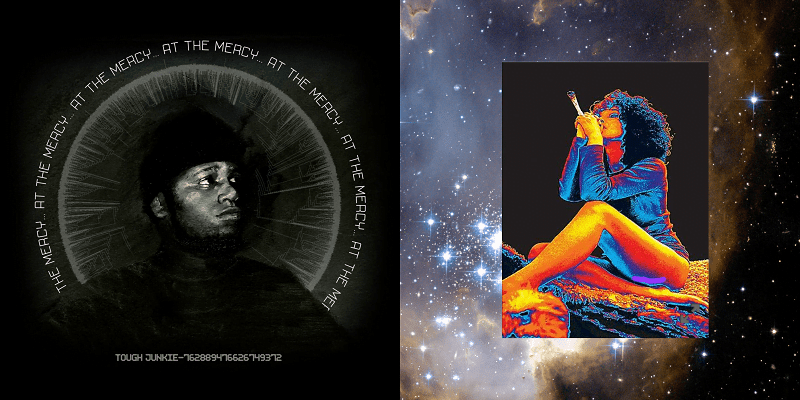 I have some Tough Junkie updates including a few new projects

So, Tough Junkie has been busy since his last feature on Nevernaire. He is a killer Producer and a sick MC out of Jacksonville, FL.

Check out his latest projects. First up is “Malicious Intent.” Which is an album by The Big Homie Wax with Tough Junkie. You can find the entire album here. It’s Hip hop from an Interplanetary scale.

As I expected when he told me that he had a few new projects, the album is dope af. Tough Junkie likes those hard ass beats that really bump. He’s another one that is super talented and his beats are on point.

“Sorry if you’re confused. I’m just a different dude, living in a centrifuge.”

That quote sums up this entire album experience. These are definitely different dudes. This sound is unmistakable and that’s the way it’s SUPPOSED to be in Hip hop. The Big Homie Wax is crazy creative and has put together an amazingly cohesive and bumping album! I want them and Durdy Sope to get together. That would be incredible.

That intro gets you ready for some futuristic, jazzy shit that’s going to blow your mind.

Then, the old school, Kool Keith type of beat comes in with the monologue. Loving it already…

The Kool Keith feeling is so appropriate for these beats. But Tough Junkie does it like this modern, futuristic shit that bangs. He is really thoughtful about his projects and spends a lot of time perfecting them before he makes them public. And it shows. The production is flawless.

Man, I don’t know who the Duval Spit is… yet. You better believe I’m about to find out and I’ll be featuring him next. This track is mesmerizing. The humming holds your hand and leads you through the track and the lyrics are like exhibits on the journey to stop and see, like walking through a museum or an art gallery. These lyrics need more attention. They demand it.

Show your support for a unique sound and killer production. You can find the album here.

But we’re not done! Now check out “The Art of Blackin’ Out” by Alpha

This track features Tough Junkie. “Mike & Pippen” is really the epicenter of the album. This track is so old school funk with the female ad libs like you’re watching a Blaxploitation flick and the scene is some dudes sitting on the stoop, fading to Pam Grier counting stacks of cash.

You can find Alpha’s latest album “The Art of Blackin’ Out” HERE.

Follow Tough Junkie on Instagram so you know when he has new stuff coming out and expect to be seeing some other features from the other players in this article.

AND BE SURE TO CHECK OUT THIS INTERVIEW WITH KOOL KEITH