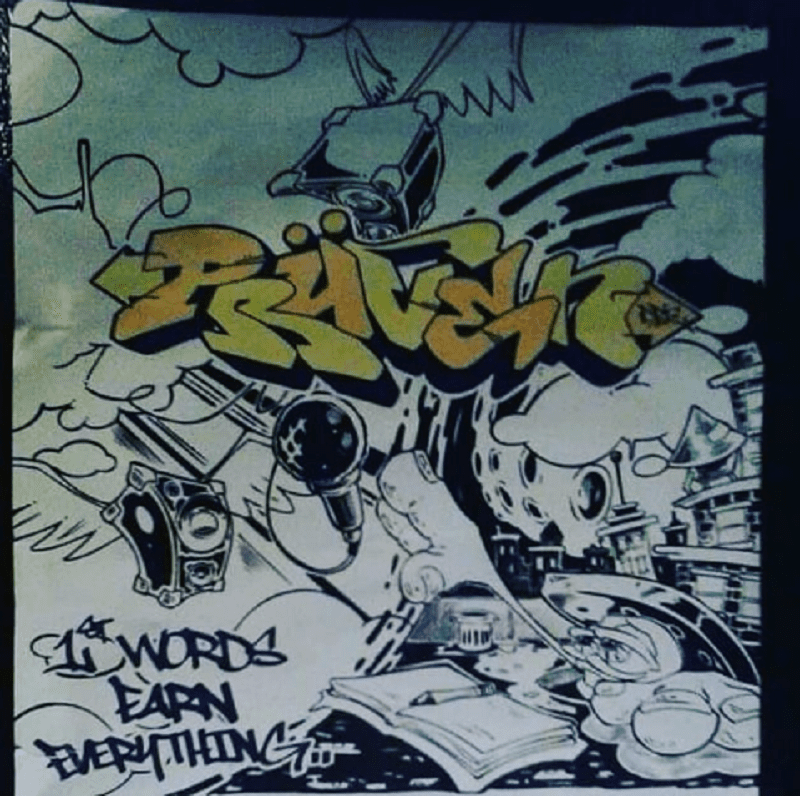 What’s up? Tonight’s featured artist is Pruven out of New York. He’s an interesting cat for sure. I had the opportunity to interview him on Zoom and he has a lot to say about this virus and the current state of the World.

Hope you’re all staying in and doing what we are “supposed” to do in order to get this shit over with as quickly as possible! And making the most of your time alone. I know I am!

He’s been into Hip hop since the Yo MTV raps days. If you don’t remember or weren’t born yet when Yo MTV raps was out but you’re into Hip hop, you should check out this link! It was an International Hip hop show back in the day when MTV was a thing. A useful thing.

Pruven is about free thinkers and opening up your mind to possibilities. He wants to provoke your thoughts and get you to look deeper into what you’re being told by everyone.

He is an Emcee first, but he also coaches kid’s basketball. Unfortunately, right now he isn’t able to do this, since everyone is on lock down. But, he has plans to pick it back up when things settle down and push it even further with some after school programs.

Pruven’s latest project is called “Clandestine Rituals” and you can find it HERE ON BANDCAMP. The album has a conspiracy theorist feel, but it has dope beats and thought provoking lyrics. We will be listening to “Dirty Octopus Water” off this album tonight on Crystallized Beats Podcast. So definitely check that out HERE!

Already twenty seven episodes in on the podcast! Can’t believe it. With over six hundred downloads with a week left to go before it’s even been out for a month!

Pruven’s been around for a minute. Putting out sick jams, one after another. Check out this album “Designed Growth Destiny” from 2013! It’s fucking dope!