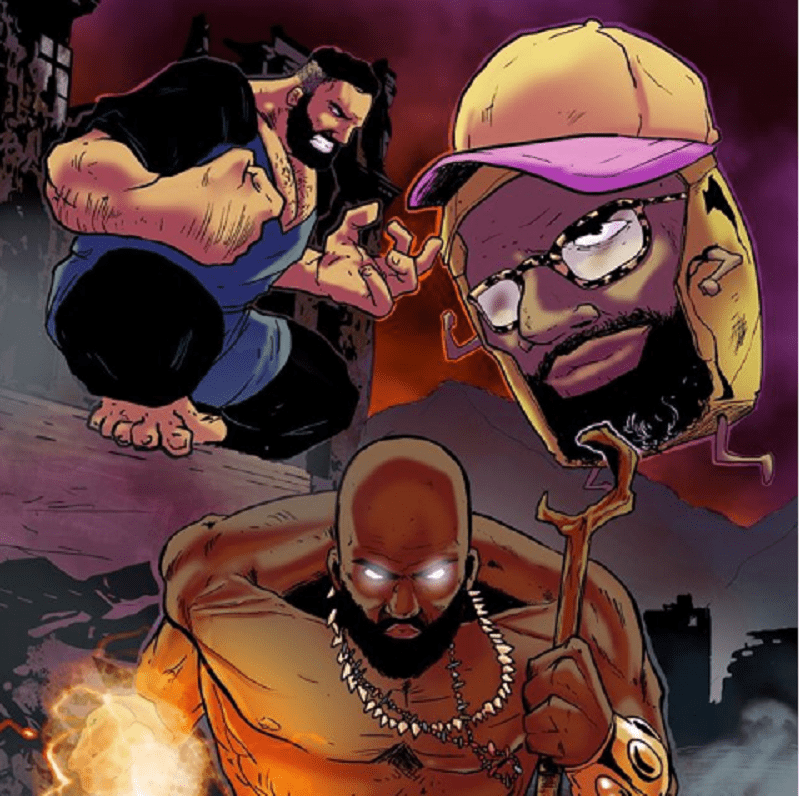 Hey what’s up guys? Tonight is Producer night at Nevernaire Stomping Ground and I am featuring P.SO the Earthtone King. Not only is this man a kick ass producer, he’s a rapper and an illustrator as well. His comics and illustrations are out of this World good. Check out his Instagram for more info on that.

P. SO is from Buffalo, NY and performs mostly in New York City. He got his start making beats around 2008. And his older stuff is great, his new stuff is great, there isn’t an era of P.SO that’s better than the next! It’s all just amazing content. Combine that with him making his own videos and illustrating album covers, etc. The man is unstoppable!

The video above features 2 Hungry bros. I have an artist profile HERE of Deep of 2 Hungry Bros with the second half to come soon! These guys are also part of a tight knit group of DJ’s that includes LikWUiD, our female artist from last night.

P.SO’s music is going to be music that Producers sample in the future. His lyrics are memorable and strong. His beats style is off the hook! Hard beats with a house vibe but still Hip hop… unmistakably. The track on “Angels and Demons” is sickening. The beats are BOOMING and the effects are electrifying.
We are listening to “Angels and Demons” and “Black Holes” tonight on Crystallized Beats podcast. Check that out below.
Below that is a new episode of Crystallized Beats featuring an interview with the man himself! So check that out HERE!

Keep an eye out P.SO’s latest project, which is called “Thrust into the Unknown” and is a collab with 2 Hungry Bros. It should be coming out the end of Spring.