One For All: Where Is Brand Nubian Now? 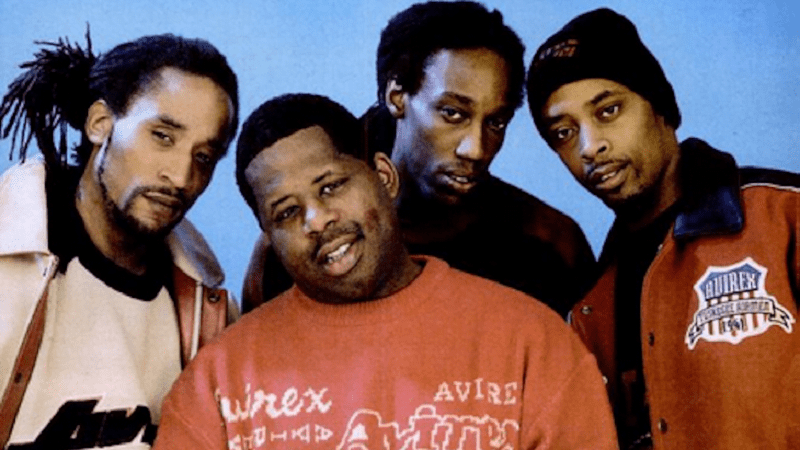 New York-bred group Brand Nubian brought alternative hip hop front and center with their unique lyrics, style, and sound. Their work has since withstood the test of time, and they are considered one of the best hip hop groups of all time.

Grand Puba, Sadat X, and Lord Jamar, along with DJ Alamo and DJ Stud Doogie, came together in 1989 in New Rochelle, New York, to create Brand Nubian. The group wasted no time working on their music and found themselves signed to Elektra Records.

The group released its debut album, All for One, this same year. This album wound up becoming one of their most dynamic bodies of work, but it did not come without controversy. The music video for their song, “Wake Up,” was banned from MTV, and the militant lyrics found in “Wake Up” and “Drop the Bomb” were not taken kindly by some listeners. Nonetheless, the album sold over 400,000 copies, and the singles “Slow Down,” “All for One,” and “Wake Up” all made the Billboard Hot Rap Tracks chart in 1991.

Although the group was riding high on their success, this did not stop tensions from building up in the group. After an argument between Grand Puba and Sadat X, and Lord Jamar, Grand Puba decided to leave the group to pursue a solo career, taking DJ Alamo and DJ Stud Doogie with him. By 1993, the group brought DJ Sincere into the group and released their second album, In God We Trust, including the single “Punks Jump up to Get Beat Down.” This single caught a lot of slack due to homophobic lines in the song, yet it still managed to chart on the Billboard Hot 100. The group scored another win in 1993 when their single, “Lick Dem Muthaphuckas,” was featured in the Menace II Society soundtrack.

In 1994, Brand Nubian released their album, Everything is Everything. This album included songs like “Hold on” and “Nubian Jam.” Although the project had well-performing singles, the album received mixed reviews and proved to be a bit too much for some fans and critics.

In 1995, the remaining group members decided to part ways and pursue other solo efforts in music and television. While Grand Puba was on his second solo record by this time, Sadat X began releasing solo projects, and Lord Jamar started working in film as an actor and producer.

In 1997, the group reunited to release “A Child is Born” for the Soul in the Hole soundtrack and “Keep It Bubblin” for the Money Talks soundtrack. That next year the group released their fourth group project, Foundation. This project featured their highest-charting single, “Don’t Let It Go to Your Head.”

After taking some time to pursue solo efforts, the group reunited in 2004 to release their fifth project, Fire in the Hole, which cracked the US Top R&B/Hip-Hop Albums chart.

The group would pursue solo efforts once more, only to come back together again in 2007 to release the album Time’s Runnin’ Out, which had recorded sessions that were initially created for the Foundation album in 1998.

The first thing that hit me was the beat – it doesn’t get much better and more classic than that! The flow is simple, but the group had so much to say. You can help but respect their skills in this song.

This song has a great groove to it! I love hearing groups who are able to keep their style while still incorporating new vibes and concepts, and Brand Nubian did it perfectly in this song.

Where Is Brand Nubian Now?

The members of Brand Nubian are currently still doing their own solo projects, and we, unfortunately, cannot confirm any reunion is happening at the time of this release.

Grand Puba’s last album was Black from the Future in 2016. He’s still active on social media.

Lord Jamar continues to pursue music and film, featured on shows like The Sopranos, Law & Order, and The Last O.G.

DJ Stud Doogie passed away in 2021 after struggling with diabetes.

Where To Find Brand Nubian

WONDERING WHAT’S UP WITH DAVID BANNER? FIND OUT HERE!

Previous articleCheck out Deep of 2 Hungry Bros on Crystal on the Beat podcast
Next articleIt’s all about the POP ladies.