Check out Mr. Mixx of 2 Live Crew on Crystal on the Beat! 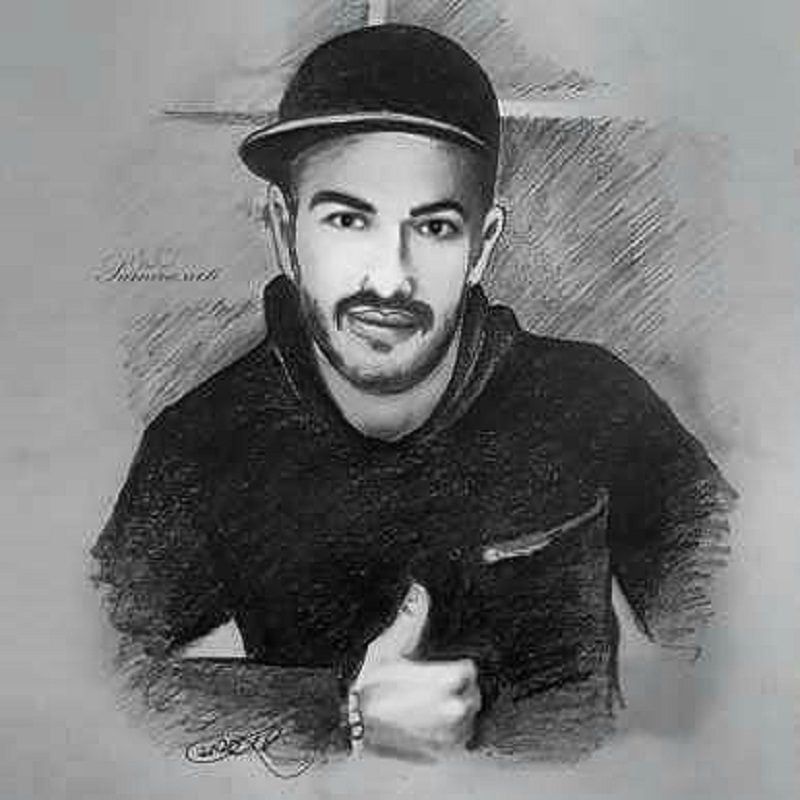 Tonight’s featured artist is Navid Nosrati. He is an Iranian MC that specializes in freestyle battles. Over the last couple of days, I have been talking to Navid and his story has made quite an impression on me. So, I’m going to share it with you.

Navid lives in a small town in Iran. While they have had much fewer cases of Coronavirus in Iran than they have say in the US, the people of Iran suffer from a different type of lockdown – sanction.

The economy in Iran has plummeted since the reinstatement of US sanctions. While the wages have lowered drastically, the cost of living has sky rocketed. Look at this chart that shows the Economic growth over the last fifteen years!

During the pandemic, life has been exponentially harder for Iranians. However, the Government has been scaling back the lock down, as it shifts it’s focus to saving the economy from complete collapse.

As if these conditions were not hard enough, Navid has lived a hard life by other standards as well. He grew up in a very small community where rap music was not really respected as music, forget about a CAREER! He even dealt with ridicule from the other kids about it.

He started going to bigger cities and buying his clothes and finding like minded people and places to rap. Then, his brother passed away.

When he lost his brother, Navid turned to drugs to numb the pain. He became very depressed and was living in turmoil. Then, his sister passed away. This was when life started to turn around for Navid. When things got so terribly bad, he didn’t lay down and die, he stood up and fought his way out.

After losing his sister, Navid began to pour everything into his music and writing. He calls it “Ravan nevis” – which means a person that writes from the heart.

He quit doing drugs and just likes to smoke bud now. And yes, I see a distinction between being a drug addict and being a weed head. I’ll take a weed head any day.

He still feels the loss of his siblings in a way that most of us can only imagine, but the depression has subsided and made way for a bright future.

His music is a direct extension of his heart. His lyrics are written from emotion. He has put every drop of energy into building a fan base and getting his name out there while creating awesome content. Even under the intense living conditions in his country.

He has over 60k followers on Instagram. These are not fellow Iranians, these are global fans! He has amassed these fans through videos of rap battles that he has won and voice contests as well as leveraging Instagram Live in a way that I haven’t seen before. The guy is a self promotion genius honestly.

Sick dancy beats with a hard flow and gruff sound?! Yes, please! His sound is so different from what we are used to in mainstream in the US. I love the techno like beat and it’s like a Caribbean feel at the same time. Very eclectic and I’m totally into it. Full disclosure, I don’t speak a word of Persian (though we have decided to teach each other our languages, so I will).

Unmistakably Middle Eastern. But, it’s still something different. I think that being married to a Palestinian has really broadened my music horizons. I can enjoy any music and appreciate it. Regardless of the language.

This instrumental is FIRE and his flow is tough and quick. This guy can really go places! If he starts rapping in English he will be unstoppable because so many countries have English as a second language.

Check out Mr. Mixx of 2 Live Crew on Crystal on the Beat!

Check out Crystal on the Beat! The new series produced by Nevernaire