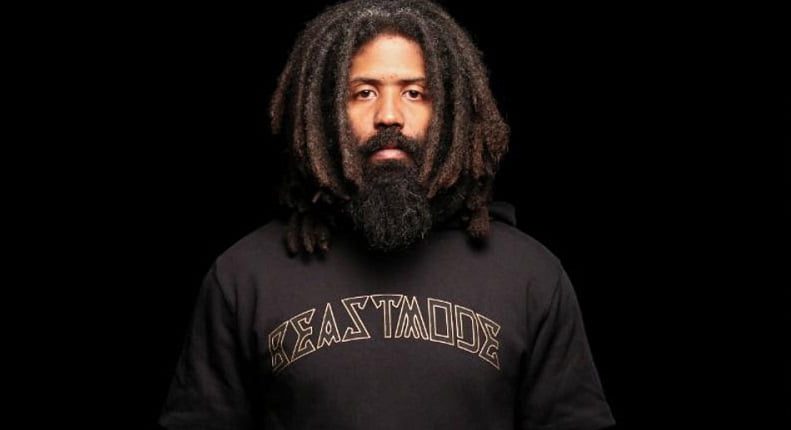 Nicholas Carter, also known as Murs, is one of those rappers who aren’t always seen in the limelight, but his work and allegiance to the art of Hip Hop have earned him major respect and admiration from some of Hip Hop’s giants.

Murs started his music career with high school classmates Scarub and Eligh by forming the group 3 Melancholy Gypsys. As the group built a name for themselves, they became a part of the Living Legends collective, a supergroup consisting of independent Hip Hop artists from California, in 1996. This collective was considered “one of the biggest success stories of the indie-rap movement” by LA Weekly due to its success in promoting, supporting, and selling member projects.

Fun Fact: His name is an acronym for things like “Making the Universe Recognize and Submit” or “Making Underground Raw Shit.”

In 1997, Murs released his solo debut album, entitled F’Real. This album featured artists like The Grouch, Kirby Dominant, and even the rock band Evanessence. He followed this up with his 1999 album, Good Music, which included artists like 45acp, Rob Feature, and Grover.

In 2003, The End Of The Beginning, Murs’ fourth solo album, was released. That next year, album five, Murs 3:16: The 9th Edition, was released. 2006 and 2008 eight saw the rapper’s sixth and seventh albums, Murray’s Revenge and Murs for President, respectively.

After 2008, it would be several years before Murs would release another solo album. During this time, he released several additional collaboration albums, such as Sweet Lord (2008), This Generation (2012), The Ghetto is Tryna Kill Me (2013), and !Mursday¡ (2014).

By 2015, Murs was ready to release his ninth solo project, Have a Nice Life, which got primarily positive reviews from critics. He followed up in 2017 with Captain California, which hit number 19 on the US R&B/Hip-Hop Album Sales Charts and 22 on the US Independent Albums Charts. In 2018, A Strange Journey into the Unimaginable was released, becoming his eleventh album.

Fun Fact: In 2016, Murs set a Guinness World Record for rapping for 24 hours non-stop during a live stream on Twitch!

This song makes you feel like a hustler! It has a classic feel-good Hip Hop vibe….and with John Cena, of all people! I was nervous when I saw him on the track, but he had a great verse. Overall good song!

Whew! Definitely a banger right here! This song proves how versatile and relevant Murs’ music and talent still are. Paired with Dee-1, this song is empowering, positive, and still one that you can bump anywhere.

Where Is Murs Now?

Murs is still out here creating music for the ages. Though, Hip Hop DX released an article this June stating that Murs hinted at a potential retirement – will he actually retire? Guess we’ll see!

Either way, though Murs typically stays under the radar, he is highly regarded and respected by many of the Hip Hop greats, which is something that should be bragged about more often. If you haven’t already, be sure to give him a listen – you won’t regret it!

WONDERING WHAT’S UP WITH DAVID BANNER? CHECK THIS OUT!