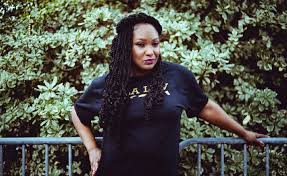 Mia Young, better known as Mia X, is a New Orleans-born and bred MC who used her skills to make history as the first woman signed to No Limit Records. Mia held her own among her peers at No Limit Records, and her legacy as one of the trailblazing female MCs of the South still reigns true.

Rapping wasn’t a passion that took time for Mia X to develop; she had a love for the art even as a child. This love for Hip Hop led her to join forces with fellow Louisiana legend Mannie Fresh to form the group New York Incorporated in 1984. Did the group bring in a ton of money with their efforts? Not necessarily. However, their excitement and love for the art kept them going.

Mia took her work to the next level in 1993 when she released her EP Da Payback. Little did she know that this was just the beginning.

The No Limit Era

In 1994, Mia X would collide with fate when she caught the ear of fellow New Orleans native Master P. It did not take him long to see that he had a true talent in front of him, leading him to sign her to No Limit Records, making her the first female rapper to be signed to the label.

Immediately she got to work and released her debut album, Good Girl Gone Bad, in 1995. This album contained songs such as “Mission 2 Get Paid” and “Yo, Boyz.” Although this album did not make waves on the Billboard charts, it made waves among listeners in the South, gaining her a loyal fanbase for her hardcore but sassy rhyming style.

1997 saw the release of Mia X’s second album, Unlady Like. With songs like “The Party Don’t Stop” and “Hoodlum Poetry,” this album was a success, reaching number 21 on the Billboard 200 chart and number 2 on the Top R&B/Hip-Hop Albums chart. Unlady Like also went on to become certified gold. Mia X’s star rising, combined with No Limit’s roster gaining even more momentum, the group was unstoppable.

The following year, the rapper released her third album, Mama Drama. This album was another win – number 7 on the Billboard 20 chart and number 3 on the Top R&B/Hip-Hop Albums chart, right behind Jay Z’s Vol.2… Hard Knock Life and the soundtrack from Belly – just think about how HUGE that was! This album contained songs like What’cha Wanna Do” and “Thugs Like Me.”

Despite her career gradually taking new heights, the success did not stop tragedy from coming to her front door. In an interview with HipHopDX, Mia explained why she suddenly dropped off of the radar after her third album:

“My parents died in ’99. My parents died five months apart – [shortly] after I dropped Mama Drama. And, my mom was the care-provider for my children. That allowed me to tour and to do the music thing. And [my children] were relatively young when she died [in a car accident]. And on top of being extremely devastated and heartbroken, I had to also make the choice to fill my mom’s shoes because she was mom to all of us. So I had to raise the children. That meant I had to go to the P.T.A. meetings and you know, be more proactive in the children’s lives and their extracurricular activities. My mom was also like my biggest fan.

I also lost 14 family members in that 18-month period [after my parents passed]. [And] I had [more] personal tragedy [before that]. Thirty days before my mom was killed, my brother’s father was killed. I had a lot of things going on, a lot of things that I had to deal with.”

In addition to everything she was going through personally, No Limit Records started to come apart, with Master P choosing to pursue other endeavors.

Although she took some time away, Mia X never stopped working and using her talents. Through the early 2000s, the rapper was a ghostwriter for other rappers and even worked in real estate while taking care of her family.

In 2010 she released her mixtape, Unladylike Forever. In 2014, her single “Mr. Right” was released on her label, Mama Mia Muzic, and in 2015 she released a single titled “No More.”

Now y’all know I couldn’t talk about Mia X without mentioning her crazy verse on this track! This entire track and everyone on it killed, but Mia X held her own with the boys and arguably was the star of the track.

1998 was an excellent year for music – “Hard Knock Life” by Jay Z, “Rosa Parks” by OutKast, “Ruff Ryder’s Anthem” by DMX, and “Doo Wop(That Thing)” by Lauryn Hill were all released at the same time as this track. Mia X still showed that she was a superstar and could go toe-to-toe with anybody, and she wasn’t scared!

Where Is Mia X Now?

Mia X is still out here working! She is a cervical cancer survivor and now has added chef, author, philanthropist, and professor to her resume! She created Team Whip Dem Pots, a brand where she encourages cooking and using it to connect with family. In 2017 she was selected for the Highlighted Chef position at Essence Eats. The following year she released her memoir Things My Grandma Told Me, Things My Grandma Showed Me. Mia X also became a professor teaching Hip Hop at Loyola University in 2019.

So, needless to say, she’s booked and busy, and I’m here for all of it! Not to mention she looks gorgeous these days!

Where To Find Mia X

WONDERING WHAT’S GOING ON WITH FOXY BROWN? CLICK HERE TO FIND OUT

Previous articleToday is the Infamous Slick Rick the Ruler Day!
Next articleThe Infamous Imagination of Profound Bastard | Nobody is safe