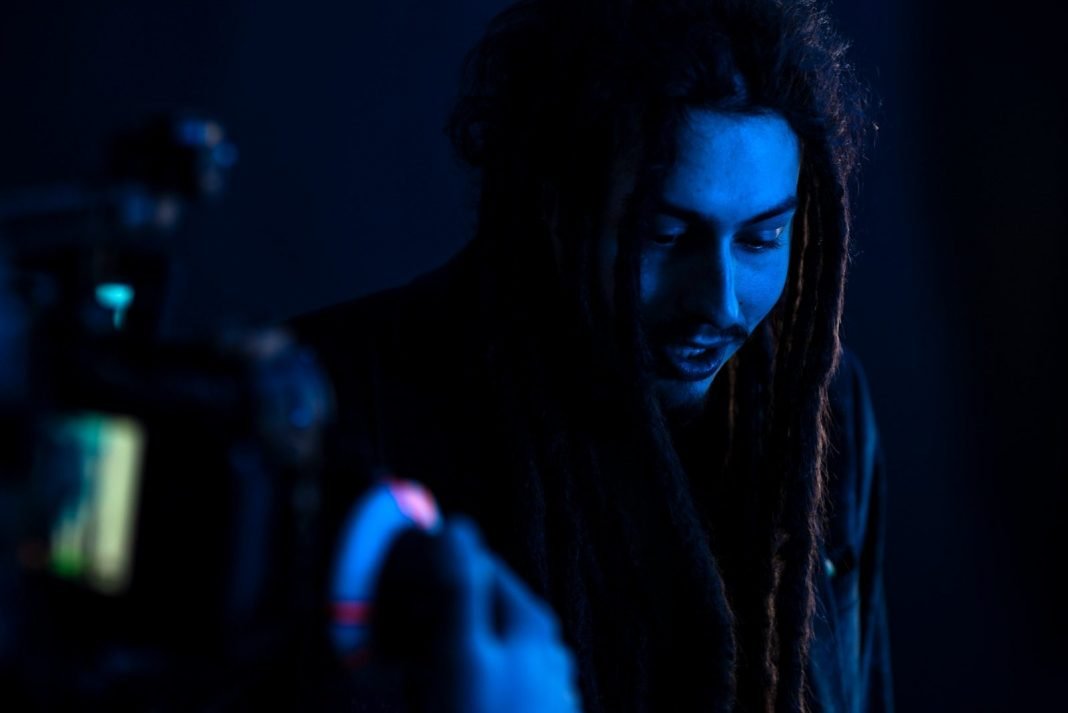 Tonight’s featured guest is GGK. GGK is a UK based Hip hop artist with a Hell of a story to tell. A story of redemption, hope and faith. I’m not exactly sure how I started following GGK on Instagram. However, about four months ago, he started to catch my attention with his posts on Instagram about his healing journey.

I found his videos to be so captivating and inspiring. Then, more videos followed. There was a video of him doing squats and finally a video of him walking!

Having followed his journey, I was so happy to see the video of him doing squats. It was as though I knew him personally. I found myself rooting for him. A complete stranger from another Continent. I am not exactly the sentimental type. I don’t often find myself feeling this way about a stranger. But, GGK’s ever optimistic outlook and his wide smile had grasped my heart in a big hug.

In the last few months, he has regained the use of his legs (minimally for now) and he has been steadily making a recovery! It’s really a remarkable story.

When he found out that he had to have surgery, he had just discovered a passion for Psychology and started attending University. Because of the surgery, he had to put that on hold. After some time, he returned to school, only to have Chronic pain prove to be too much. He had to put school on hold again. He wants that degree. And he is getting ever close to capturing it!

When I started to follow GGK’s story, I had no idea that he was a rapper. Then, a short while ago I spotted a video on Instagram of him rapping and I was very intrigued.

He was overcoming his battle AND returning to making music. I was so amazed, I had to contact him for a feature. (Also, I am a huge sucker for UK rappers. Love the accent!)

I don’t usually post the same song on the blog that has been included in the podcast. However, this song has really captured the essence of depression and coping with it without drugs. It also shines a light on depression and suicide affecting men. This is so important because men are told to be strong, suck it up and be a man. It is shameful how emotions are viewed when it comes to men. It’s as though they are not meant to have them. News flash! Every one gets down and depressed – men, women, children, people of all colors, shapes and sizes. It is time to accept this and offer the same support to people, no matter who they are.

This track is so beautiful. His lyrics paint a beautiful picture of what he is going through and what so many of us have been through. When I was twenty three, I attempted suicide. I was in a dark, morbid depression and I just didn’t see any way out. There are so many people battling with these feelings.
If you or a loved on are suffering from depression (or substance dependency) click here to visit the SAMHSA site

He always picks the perfect beat for his flow and he’s a true lyricist. This track is another example of his versatility. He never puts out the same sounding song twice and his music is very different from what you’re used to hearing.

GGK is headed UP! He is going to conquer and prevail through his current struggle and get back to University to get his degree. I firmly believe it because he is so driven to get this done. His music is ever going to be slightly better than most because he’s a great lyricist and has a wonderful story to tell.

CHECK OUT HIS INTERVIEW ON CRYSTALLIZED BEATS UNDERGROUND HIP HOP PODCAST BELOW: