Funkdafied: What’s Up With Da Brat These Days? 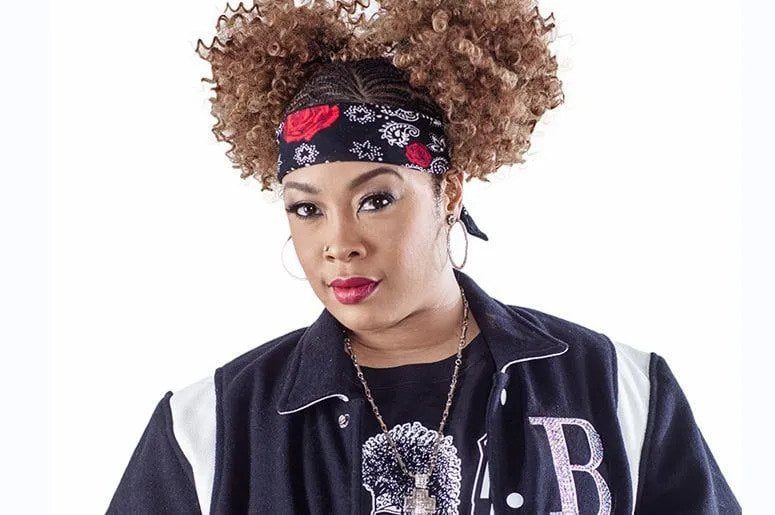 Shawntae Harris, better known as Da Brat is a Chicago-born and bred rapper who blazed a trail as one of the top female rappers of the golden era. Her accomplishments, skills, and unique vibe put her in a lane of her own and established her as a golden era legend.

Da Brat’s emergence into the hip-hop scene came in 1992 when she entered a local rap competition and won the grand prize, which was a meeting with hip-hop duo Kris Kross. The group let her meet their producer Jermaine Dupri, who liked her skills and decided to sign her to his label, So So Def.

1996 saw the release of Da Brat’s second album, Anuthatantrum. This album reached number 20 on the US Billboard 200, number 5 on the US Top R&B/Hip-Hop Albums, and went gold. Songs like “Keepin’ it Live” and “Ghetto Love” were on the tracklist of this album.

After her second album, she spent a ton of time working with other artists and being featured on their songs. She worked with artists such as Kris Kross, Mariah Carey, Dru Hill, Missy Elliott, Brandy, and Destiny’s Child. Many of these projects went on the be successful, and Da Brat quickly became known for her features.

She also starred in her first film, Kazaam, alongside Shaquille O’Neal, in 1996.

By 2000, Unrestricted, Da Brat’s third album, was released. This album hit number 5 on the US Billboard 200 chart and number 1 on the US Top R&B/Hip-Hop Albums chart. In addition to that, the album went platinum. “What’chu Like” and “Pink Lemonade” were songs included on this album.

This album also saw a change in Da Brat’s appearance. Previously she had a more rugged and tough feel, but this album showed more of her feminine side.

That next year, Da Brat got back into her feature bag, working again with Mariah Carey and Destiny’s Child. She also starred in the movie Glitter this same year.

In 2003, album number four, Limelite, Luv & Niteclubz, was released. This album peaked at number 17 on the US Billboard 200 chart and number 6 on the US Top R&B/Hip-Hop Albums chart. This album had songs like “Ain’t Got Time to Waste” and “In Love wit Chu.” This same year, she also appeared in season four of The Surreal Life on VH1.

After this, the rapper was doing more features and collaborating. Things, unfortunately, came to a halt in 2007 when Da Brat was sentenced to three years in prison after pleading guilty to an aggravated assault charge. This put her on hold until 2011 when she was finally released.

After her release, she continued her grind. She launched a web series called “Brat Chronicles: In Transition” on YouTube and continued doing features. By 2015, Da Brat became a co-host on The Rickey Smiley Morning Show and became part of the cast of Dish Nation in Atlanta. That next year she appeared on the show, The Rap Game. Then in 2017, she joined the cast of Growing up Hip Hop: Atlanta.

Y’all know I couldn’t finish this article without mentioning “Funkdafied!” This song is everybody’s favorite! I loved her flow in this song – gave me westside vibes with a very slight feminine twist!

This is another classic example of how Da Brat flipped the script on the men! She was bold, confident, and straightforward. She came with game, just like the guys!

Where Is Da Brat Now?

Da Brat continues to perform, co-host The Rickey Smiley Morning Show, and be the phenomenal woman that she always has been! She is now also a wife, marrying businesswoman Jesseca Dupart in 2022. The couple now has their own reality show, Brat Loves Judy.

Where To Find Da Brat

WANT TO KNOW WHAT’S UP WITH ADINA HOWARD? FIND OUT HERE.