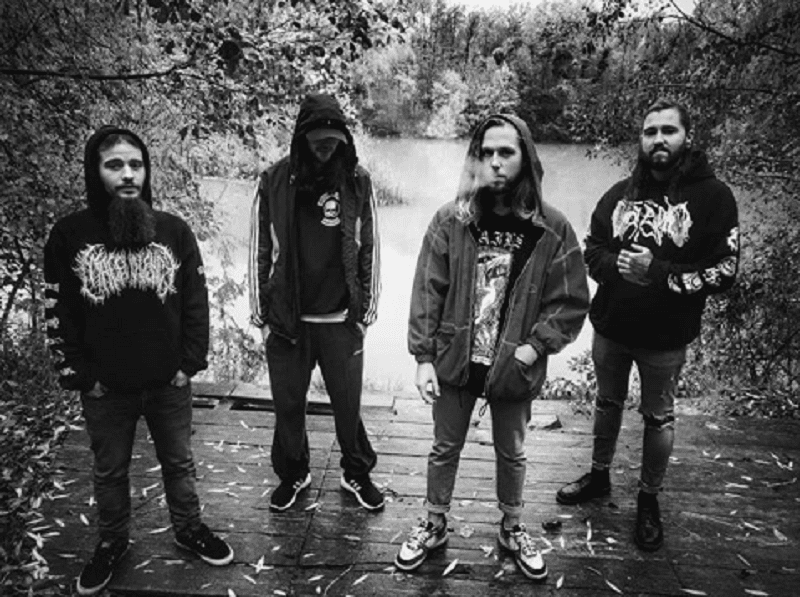 Tonight is Friday Night Hardcore Feature and the night’s featured band is Free Howling from France! These guys are super talented and I’m psyched to be writing about them!

The band is from just outside of Paris, France. I spoke with Guillaume, who is the vocalist and a guitarist and he filled me in on some stuff about the band.

Free Howling was formed by the brothers, Guillaume and Sam when Guillaume was just fourteen years old! They have put together a killer line up since and they released their first Ep “A Frightful Piece of Hate” in 2017. He says it’s a mix of Sepultura, Pantera, MachineHead and Metallica. Which i can somewhat see. But, he says don’t let it fool you, their new music has formed into “a more brutal, modern, beatdown, new wave hardcore that we’re very proud of.”

Me: “What is your main goal with your music?”
Guillaume : “We’ve been shy about our ambitions before but we’re now very clear about it. We want to be one of the biggest actor of the modern Metal scene, like Code Orange, Knocked Loose and all these bands that have the ambition to change what has been metal for decades now. I’m hoping our upcoming EP will prove to everyone that we have the abilities to be what we want to be. And I’m sure we will because we work everyday to reach that goal.”

I can definitely see this happening. These guys are no joke.

They mostly perform in Paris, but they are looking to branch out to more of the United Kingdom and then Pinky? THE WORLD!!

Free Howling’s music is FUCKING INTENSE!!! The moment a song starts, your heart starts pumping and you’re ready to break something. Ok, maybe not you but I was! They’re song “Children of Society” starts with a nightmare inducing sound, reminiscent of “Silent Hill” which I’m sorry, gave me nightmares for years… to this day actually, not gonna lie.

Tonight we will be listening to “I’ll never” on Crystallized beats Podcast. A super intense song that you definitely want to check out! Link below. And while you’re at it, click this link and check out the official video. Unless you’re prone to nightmares or night terrors. I warned you.

CHECK THAT OUT HERE