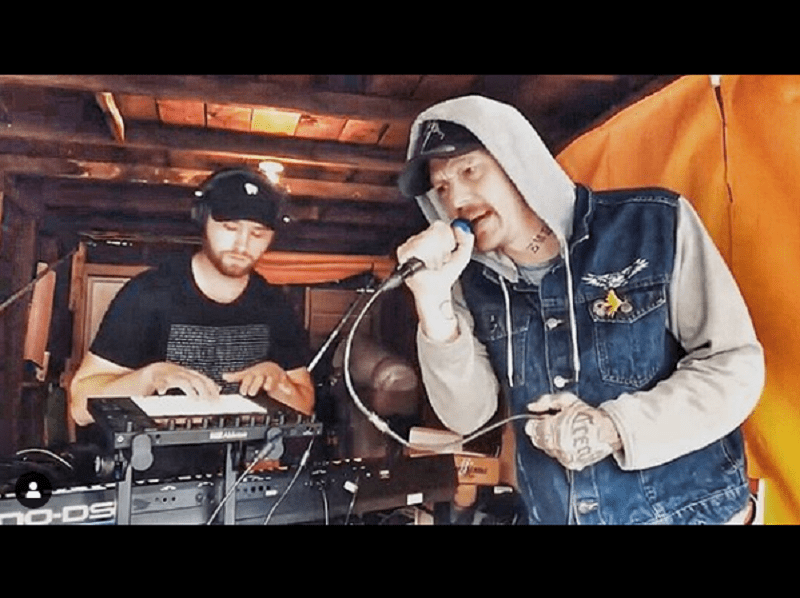 Tonight’s featured band is unlike anything that you have heard before on Nevernaire, and I’m ok with that. Because, I know that you are going to love them. Our feature tonight is Body Salt. They are an Electro Pop duo from San Diego and I am enamored.

A PEEK DOWN THE RABBIT HOLE

I have mentioned before, how much I love Portishead. I grew up listening to them. There was a man in my life for a very long time. He was my entire world. He and I were hardcore drug addicts. It was me, him and Heroin. For a long time. No friends, no lives. I was an addict for over a decade. And I would get high and listen to Portishead, Sonic Youth and PJ Harvey with my man and it was special, quality time that we spent with each other.

So, Portishead is special to me. As I’m sure, you all have a band that is sentimental to you as well. They represent a hard, bitter period of my life. A period of infinite, morbid sadness and loneliness. Even though there were two of us…. it’s impossible to explain the attachment unless you have lived something similar.

But, I’ve been off drugs (except weed, I like weed) for almost ten years and I listen to Portishead sometimes and it’s like I’m right there, watching us slowly kill ourselves, in ignorant bliss. That kind of emotion is a strong thing to elicit from someone through your music.

Let me get to the point, Body Salt reminds me of Portishead. I got that familiar, cozy and at home feeling when I heard them for the first time. The warm, embrace of a Heroin half coma. They’re music is that powerful.

When I heard this song, I was taken right back to that period of my life and a tear dropped down my cheek.

The duo is made up of Ezekial Morphis and Jonathon Bruhin. They are from San Diego and they formed in 2017. I was approached by a chick on Instagram. Very nice girl, we still talk. She told me about the band and that she wanted to help get them exposure. I can COMPLETELY understand why now!

They are under appreciated! Give them a chance guys. I know that you’re mostly into Hip hop, but the Producers have been doing well here, so I know you like the experimental stuff and this could be something you find that you really like!

Johnathon plays the keyboard and does the sound engineering. Ezekial sings, plays the guitar and writes the lyrics. And “tries to not look like a fool”. Haha.

As I’ve touched on above, these two have something fucking special. Their sound is mournful and heart wrenching, yet hopeful and wondrous. Their instrumentals make my spine tingle and Ezekial’s voice makes me weep. The vulnerability is palpable and the lyrics stir my soul.

Their latest single is “Please avoid your grave”. This song is more like the XX. If you haven’t heard of the XX, you are missing OUT! I realize that I have made a lot of comparisons to other bands, but, Body Salt really does something great that the other bands don’t do. They have a distinct sound in their engineering. There is a harder beat aspect to Body Salt. It’s not dream pop. It’s not quite Trip hop. They are in a category of their own and they are just fucking great!

Tonight we listened to “Fix” on Crystallized Beats podcast. Great, GREAT song! Check it out HERE along with an interview with Body Salt.

They play at the hot spots in the San Diego area and appear a lot at Casbah. So follow them on INSTAGRAM. You’re going to want to know what these guys have going on at all times.

When asked what the future holds for them, their answer was so perfect, I couldn’t paraphrase. They said “For us, the future holds sharing our music with as many people as possible, touring, growing our fan base, trying to pay rent with our music, and becoming the best song creators we can be. We also want to keep growing to be the best humans we can be”.

So, go and check them out! Give them a chance. Listen with an open mind and an open heart. HERE’S THEIR SOUNDCLOUD.
Be sure to like, share and subscribe.