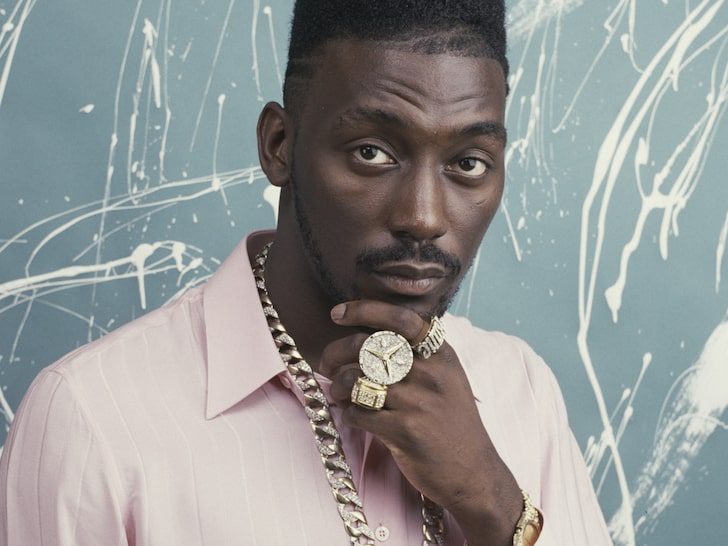 If you know me, you know that I LOVE me some Big Daddy Kane. I named my writing business No Half Steppin Reviews. I am a super fan. And I think Kane is one sexy mf!

And the man is still fine as Hell….

This track is my personal anthem. And it has been for decades. (Not to date myself ha!). “Ain’t no half steppin” has the KILLER beat and the instrumental is hypnotic. The lyrics are classic. Fighting words in the classiest way, directed at EVERYONE. That’s what’s up… Kane is just better.

This video is like a special gift given to us by NPR and the man himself. It’s Kane AT HIS BEST – smooth and on point. The vibe is so small club personal. I love it!

The Jazz band (called Las Supper) suits him in such a great way and this video is nineteen minutes long. It just keeps on giving.

Minute 7:21 is where the magic begins. A Jazz rendition of “Ain’t no half steppin”? Get right out of here!

Here is an EPIC list of Big Daddy Kane songs to keep you entertained for hours!

So what’s up with this icon now?

So, in this case we are dealing with an Icon that has settled down and there is NOTHING wrong with that at all. For the most part, he has stepped away from the music scene. His last album was released in 2017.

Kane is known for talking about his love of Hip hop. He doesn’t judge, he just loves Hip hop and knows that different people are into different things and that is ok.

I’m the same way. I love Hip hop. I love being a part of it, even in my small way that I am and I am amazed everyday that I have been fortunate enough to interview some of the living Hip hop legends.

You will occasionally see Kane performing at small venues. Which is super dope. But, as far as touring, that doesn’t seem to be happening any time soon.

This is a pretty cool video interview of Kane on the “Did I ever tell you?” podcast

Check out Big Daddy Kane on Instagram and Spotify

Be the first to know about new Golden Era interviews