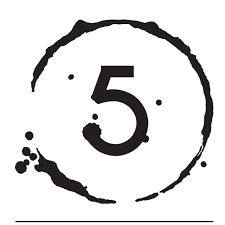 Speech of Arrested Development has returned with, “Expansion Pt. 1″, marking his first solo release in 14 years. Comprised of four new tracks—along with the visuals for the single, “Just Too Cold,”. Top5 featuring Rambo and Danny B.—the project highlights the veteran emcee’s evolution as an artist, as well as the wisdom he’s gained over the years. Produced by MRK SX, the visuals for “Just Too Cold” were directed by Nakeeta Nova and shot by Kerry K.D. Gray at WERD studios in Atlanta, the very first Black owned radio station, where Dr. Martin Luther King Jr. spoke on the airwaves and where Madam CJ Walker had her beauty shop. Needless to say, the spirit in the room gave everyone goose bumps. Check out the visuals and be sure to head over to your preferred digital retailer or streaming platform to support Expansion Pt. 1, available now Vagabond Records and Tapes.

Check out tonight’s episode of Crystallized Beats podcast below