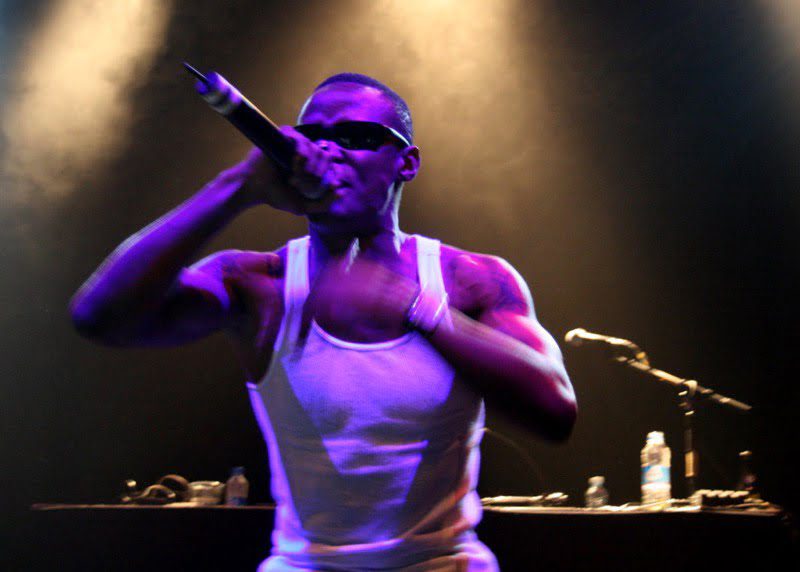 Germaine Williams, better known as Canibus is a Jamaica-born rapper who is easily on your favorite rapper’s list of favorite rappers. His flawless free styling ability and bold rapping style is what makes him definitely worthy of praise in the rap game.

Canibus’ career in music started in the early ‘90s, where he went under the name Canibus Sativa. He also formed a rap duo called T.H.E.M. with rapper C.I. (then known as Webb). By 1996, Canibus had parted ways with C.I. and made his first official appearance on a record, being featured on the song, “Music Makes Me High” remix with the Lost Boyz and Tha Dogg Pound.

In 1998, Can-I-Bus, the rapper’s debut album, was released. This song went on the be certified Gold, but not without getting some criticism of the subject matter in the album.

Fun Fact: Many tracks on this album were produced by Wyclef Jean!

2000 saw Canibus’ second album, 2000 B.C. and a split from Wyclef, who he blamed for the criticism of his previous album. This album featured a collaboration with Canibus, Kurupt, Ras Kass, and Killah Priest, who create a supergroup called the Hrsmn.

C True Hollywood Stories was released in 2001, featuring songs like “U Didn’t Care,” “Stop Smokin’,” and “Luv U 2.” He followed that up with his 2002 project, Mix Club: The Curriculum. This project was released on the rapper’s label, Mic Club Music.

After the release of his fourth album, Canibus made the decision to join the United States Army. Before leaving to serve his country, Canibus recorded several tracks that he wanted to be placed on his next album, Rip The Jacker, which came out in 2003. This album got rave review from critics and reached #34 on the Billboard R&B charts and #197 on the Billboard 200 chart.

Album 6, Mind Control, was released in 2005, after the rapper’s discharge from the army. Hip-Hop For Sale, Canibus’s seventh album, and For Whom The Beat Tolls, his eighth album, followed not far behind.

I love the confidence, intensity, and just edge that he incorporates into his style, which is evident in this song and the video.

This song isn’t a solo track from Canibus, but I loved his verse on this song! The flow is effortless and fits in perfectly with the other legends on this track.

Where Is Canibus Now?

Canibus is still in the studio! Be sure to go check out some of his latest music! He released his album Kaiju in 2021 and One Step Closer to Infinity in 2022. He’s also released several collaboration albums and EPs through the years.

Where To Find Canibus

WANNA KNOW WHAT’S UP WITH KRS ONE? FIND OUT HERE

Previous articleRap prodigy Hyperion Simply can NOT be Stopped
Next articleHip Hop Legends: What Geto Boys’ Scarface is Up to Now