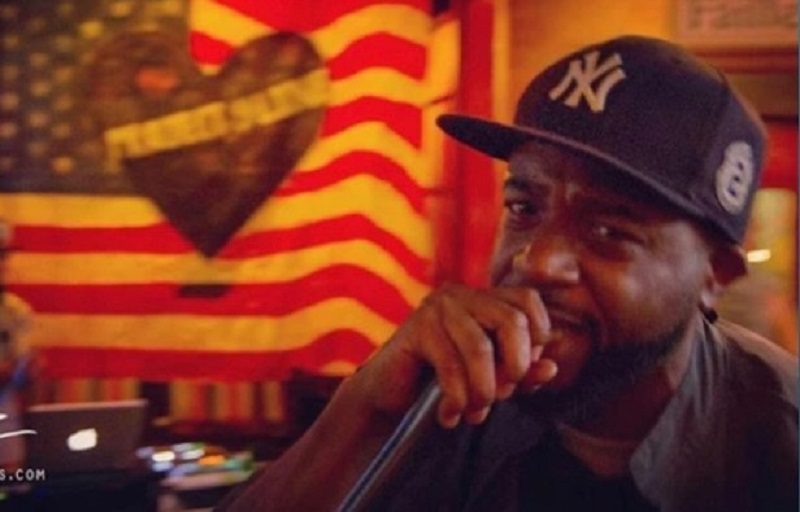 Tonight’s featured artist is HaStyle out of Flushing, Queens.

Hasan AKA HaStyle is a dope rapper that I just found on Instagram a few days ago. Well, actually I reposted his video that I saw on the Explore page and a couple days ago, someone tagged him in the post. When I looked at his profile, I knew that I had to feature him.

That video got a TON of likes on Tik Tok. Pretty sweet. So, HaStyle got his start in the early 90’s and you can tell, he’s a seasoned Hip hop vet.

“To relate to the masses through music and uplift their spirits. Show them hope, through hip hop.”

He is interested in collabing with any of the greats. We are talking Naz, Black Thought, that style, those icons. None of this “bubble gum rap”, as he says. And when talking about collabs and naming off all the greats, he said “Even if it seems like a King shot… I’m like Why not?” Makes complete sense to me.

He has performed in countries all over the World, including Belgium and London. Since Covid, he has stopped touring, but he is dropping a new album in July.

Sorry if this offends, but this track if fucking incredible. This is something that I would expect from Cryptic One. They’re actually both from the same area and they’ve been doing this for about the same amount of time. Check Cryptic One out if you love this track like I do. The lyrics are GENIUS! The flow is fresh and the beat is fire. That’s it. Ah-mazing track.

Next we have “Mind Control.” What a funky beat! I am so happy with the caliber of lyrics here. It takes an intelligent man to write bars like this and have me so impressed. Because I’m all about the lyrics. I’ve interviewed some crazy, lyrical geniuses, and I have to say that HaStyle is at the top of my list.

I couldn’t resist adding another track. The time travel metaphor? Get out of here right now! I’m loving it.

“Lost in space with no clues or trace”

Who can’t relate to this concept? What do you think of HaStyle’s lyrical prowess? Let us know in the comments.

This dude has everything it takes to be a heavy hitter in Hip hop. If the World of Modern Hip hop wasn’t so different, he would be a big name now. He has me reminiscing on some old school vibes. If you agree, do your part to get his name out there! Follow him on Instagram, YouTube and Spotify.

For more lyrical genius, check out this article about Pharoahe Monch.

Do you want to be featured on Nevernaire Blog? Click the picture below to submit your links for a feature.