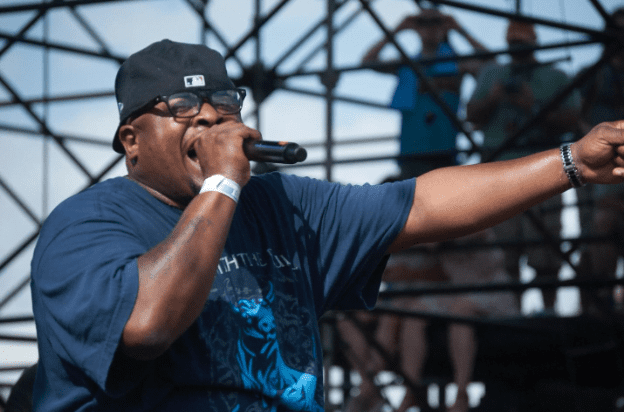 No doubt, the history of hip-hop has seen its fair share of iconic and legendary names, collaborations, and albums. Way back to the days of DJ Kool Herc – the Jamaican-American man who started the hip hop community in the Bronx back in the 70s – hip hop quickly rose to popularity among the youth, providing a new, fresh sound that mixes entertainment and political messages into timeless tracks.

In this article, we’re going to shine the spotlight on the hip hop group Geto Boys. Formed in 1986, the group met huge success in the 90s, cementing itself as an important part of hip-hop history. In 2019, founding member Bushwick Bill passed away after a battle with cancer at 52. Besides Scarface and Willie D, Bushwick Bill was part of the classic Geto Boys lineup after a roster change in 1989. The group remained active until Bushwick Bill’s death.

In today’s post, let’s look at the impact and career of Geto Boys alum – ScarFace

Opening his career as DJ Akshen recording and deejaying for a local record shop in Houston, Scarface later signed with Rap-a-Lot Records and joined the new Geto Boys lineup, enjoying the group’s second album’s success and garnering a big fanbase. Scarface had a highly successful solo career outside of his Geto Boys activities, with albums like

Mr. Scarface Is Back

On top of being an impactful rapper for both Geto Boys and his solo works, Scarface is also greatly influenced by genres such as classic

rock and blues after spending his youth listening to them with his uncles in Houston’s South Acres area. As a result, Scarface is quite the guitarist — flexing his guitar-playing skills in most of his records, which he produced and co-produced.

In 2021, Scarface announced that he was “done with rap” to pursue other genres of music in an episode of The Geto Boys Reloaded podcast. Scarface explains he was leaving rap to focus on other creative avenues, expressing interest in musical genres such as blues or rock for his next area of focus.

​And how else to show off his talents in this new genre by busting out his guitar for the blues? A sort of rarity in the guitar scene, Scarface is a left-handed guitar player, much like the uncles from whom he had learned to love the blues genre. Fun fact — he’s actually right-handed but learned to play the left-handed (upside, like Hendrix) way because of said uncles.

Inspired by many rock bands and guitar heroes, Scarface proved himself a capable guitarist as much as he is a rapper and producer. While the switch may have sounded surprising to fans, hip-hop is as influenced by the blues as rock and roll were, with both genres born during a time of rebellion to create a new sound. Where rap and hip hop made use of record scratches and real-world sounds in tracks —

from the ding of cash registers to police sirens — blues guitarists wouldalso utilize new tools to shape the genre’s unique sound. The popular Ibanez Tube Screamer overdrive pedal, in particular, is one of the most copied and modified overdrive pedals of all time — servicing the shred gods of the 80s, from Jimi Hendrix to KISS to Molly Hatchet, all of which Scarface names as his rock and roll influences.

Aside from his role as a blues guitarist, Scarface also collects Gibson and Fender electric guitars as a hobby — joining the legions of musicians reviving electric guitar sales. He also remains outspoken in his political views, after his run for election as Councilperson for District D of the Houston City Council back in 2019, following the death of Bushwick Bill.

Today, Scarface remains an iconic part of hip hop and rap music, a pioneer of southern hip hop — your favorite rapper’s favorite rapper — while still learning to conquer new avenues of music. For future generations of hip-hop artists, Scarface is a reminder and a challenge to step outside the box while still being true to one’s self and story.

WANT TO KNOW WHAT’S UP WITH PRINCE PO OF ORGANIZED KONFUSION? FIND OUT HERE

Previous articleWhat’s Canibus Up To Now?
Next articleWow! Bow Down by Westside Connection Turns 25 today!